The painting of Santhanam stirs up many vivid memories. As a child, he was inspired to draw after watching the movie poster walking around his village and gazing at the actor's face. The colors of the hand-painted poster were imprinted in his mind as he spent a lot of time watching it. Layers of memories of childhood the streets with colorfully painted doors, posters of cinema pasted on the walls, graffiti of ads all painted by hand have a deep impact on his art. His work is all about reconnecting memories. Cinema creates a memory, it allows one to escape into fantasy. There are countless ways that Indian audiences carry this fantasy beyond the theater, whether it's dressing up as a hero, or acting as a heroine... We are touched by Indian cinema at various times in our lives, whether it is as the first movie of a newlywed couple, or as a song they choose for their wedding. The painted wall posters and painted doors that once adorned the streets are slowly disappearing with the changing times. So Santhanam relives his memories through his art. Posters have become a very important part of Indian Culture for various reasons to swank about one's power when celebrating their favorite hero's birthday or even for a wedding, the poster has become a way of communicating with large number of people. Here Santhanam mentions a beautiful experience he had….. "When my first movie poster work for MGR's "Engaveeta Pillai" was displayed at Singapore Art Fair, a German wanted to buy it. As this artwork took him back through the memory lane of his travel to India when he walked through the streets of India during the 1980s. This gave me immense happiness and wanted to explore more on this subject. If a stranger to our culture can connect so well to the subjects I do, an Indian would connect in an even better way!” A common man too can identify himself with Santhanam's work and this is what keeps him inspired. Indian Cinema sells dreams to a common man. It inspires a common man to be a hero in his own life 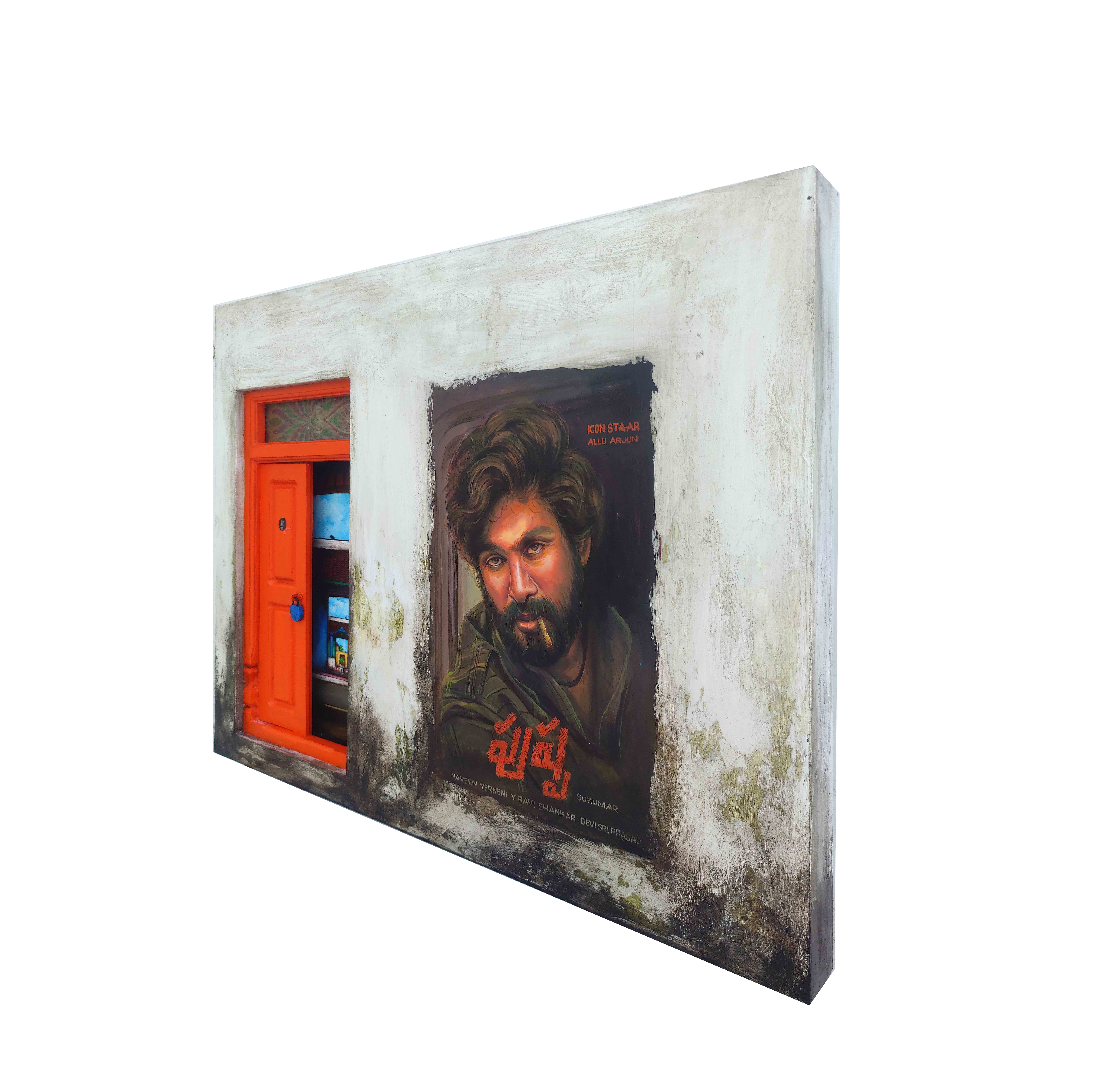