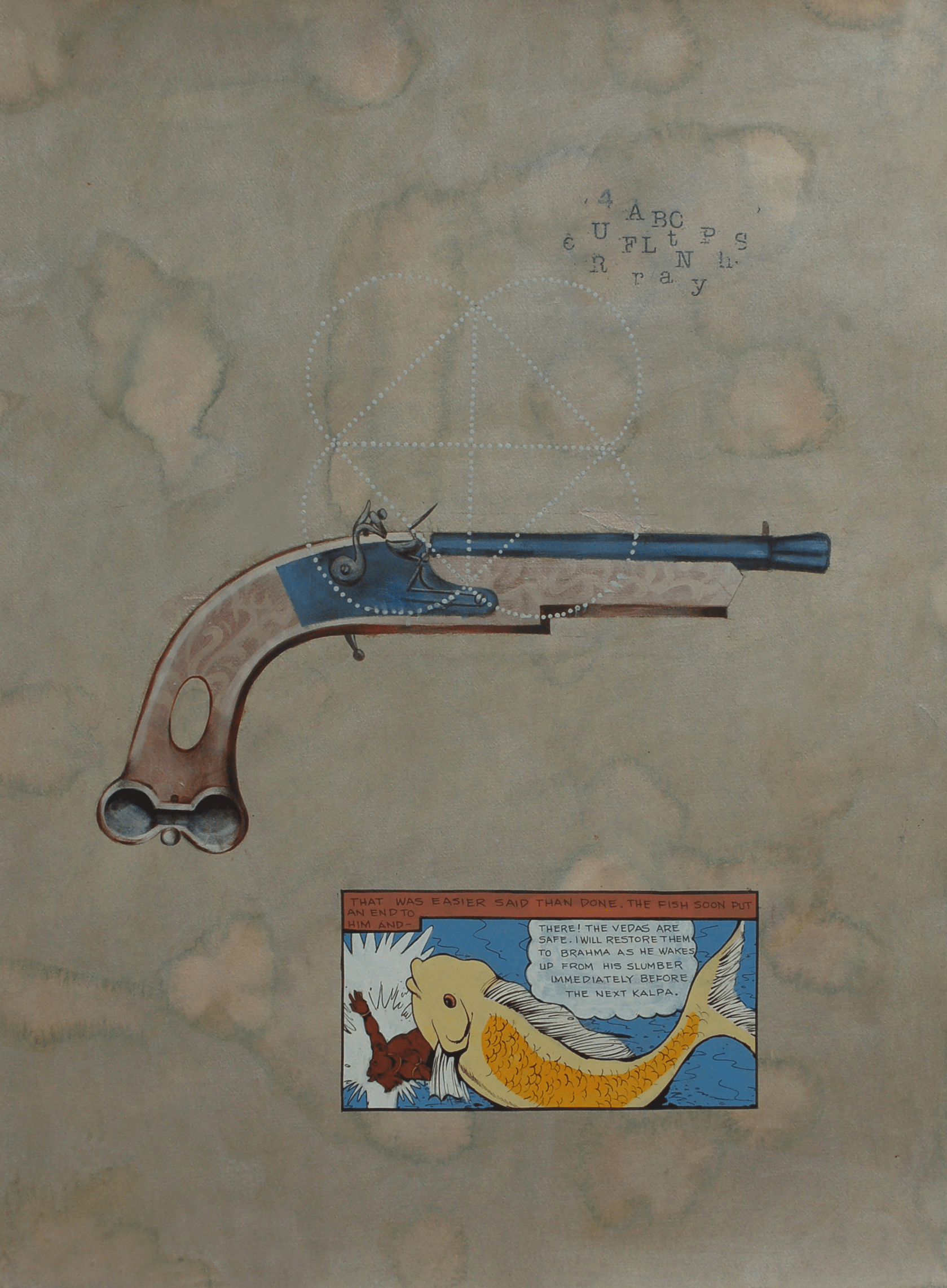 Dashavatara is conceived as proclamation of good over evil and spectacular forms of the incarnation of the Lord Vishnu. The idealized depictions are reconstructed to cater to the popular visual culture and brought the two, static and moving imagery which provides a new dimension to the viewership. The effort is not only to revisit the myth but also reverberate Indian epistemology while creating and recreating mysterious mythical entities sighting the purpose of regulating the mundane life. Reacting to the existing conditions I have a brought such reconstruction of myth based on Ten incarnations in a postmodernist visual language to critique the contemporary human society at large and violence prevailed in the routine. The idea is to amalgamate old and new media together to reconfigure the old-style projection on canvas as an experiment. Ravikanth makes an effort to see how the old videos and the new imagery gel as a manifestation and how these two challenge each other negotiating their spaces. Interval: Interval is another attempt to take the viewer back to the times in which static slides were used during the intermission of the feature films. The projected slides had their own time and purpose but now come alive as a new signification as forgotten visuality, a tradition that finds a relevance in new media art. Thus, Ravikanth’s art works evokes a sense of nostalgia oscillating between old and new memory lanes. 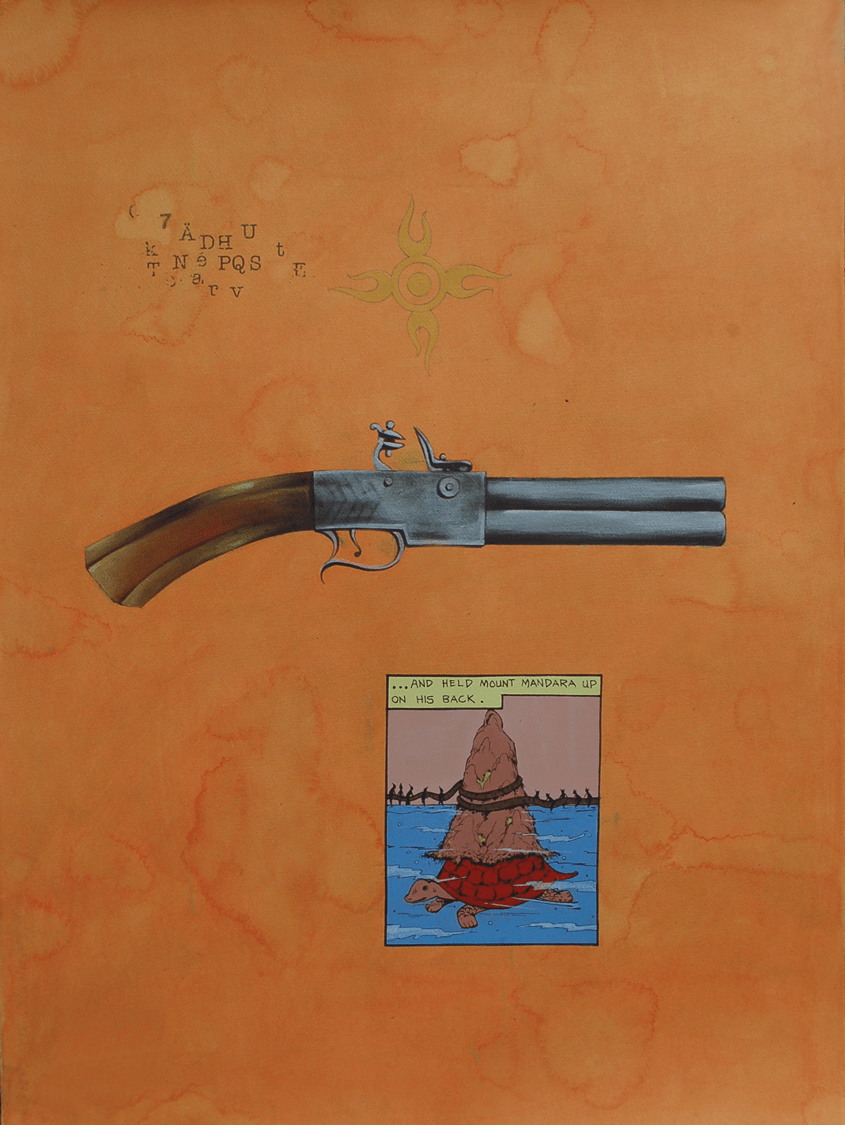 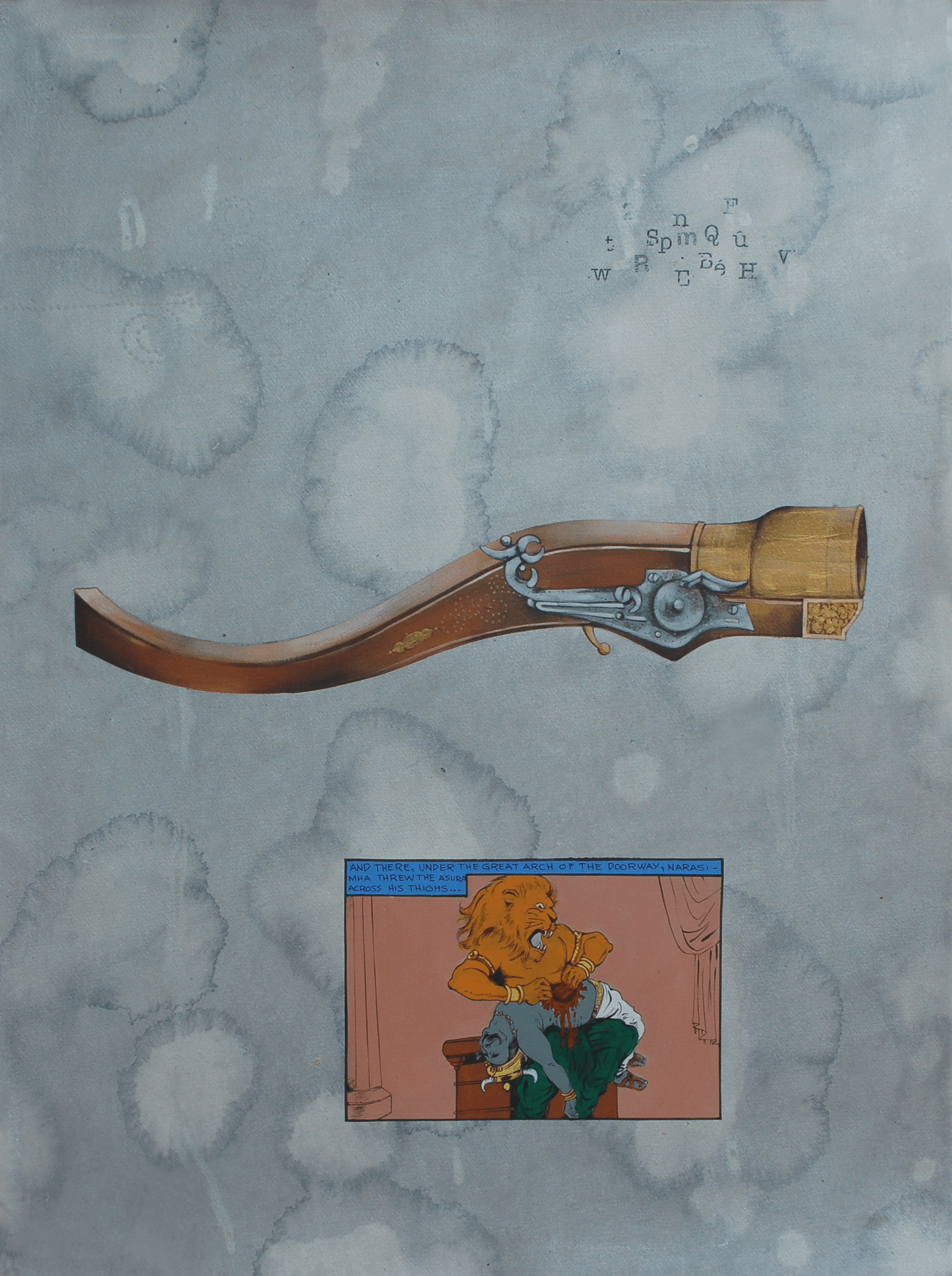 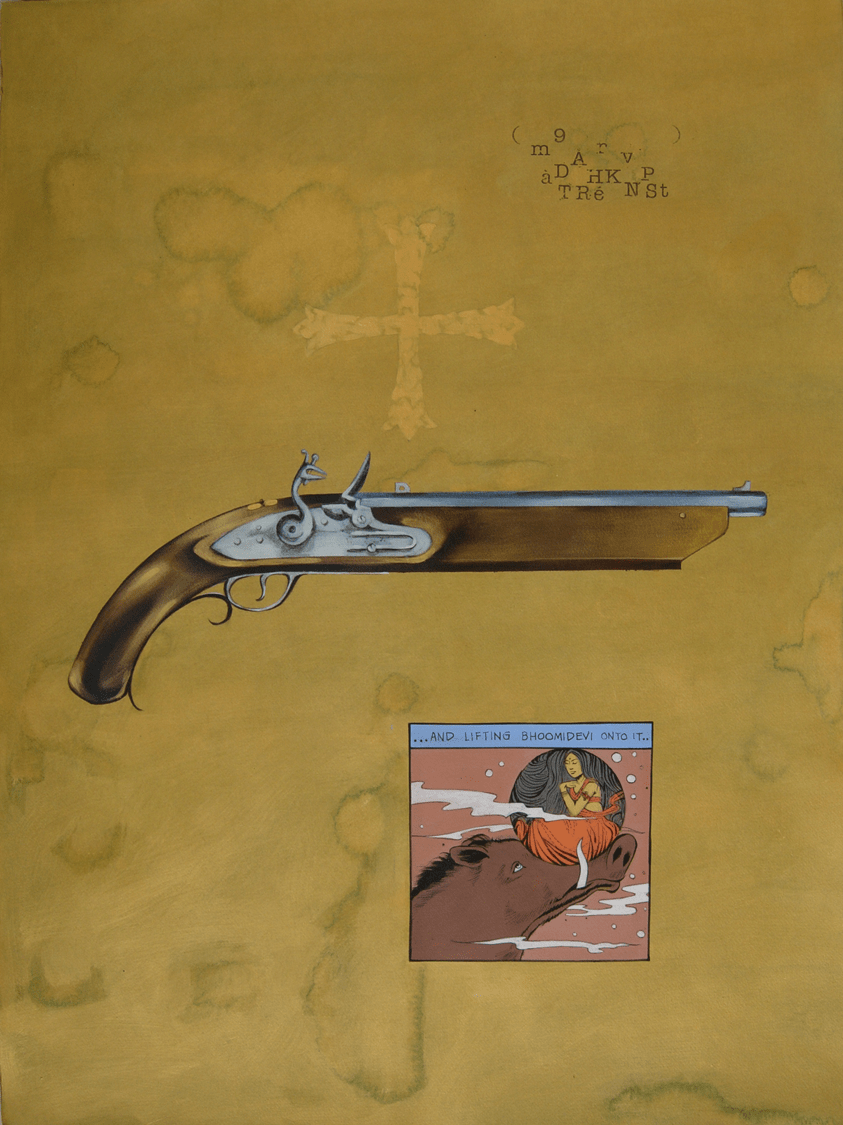 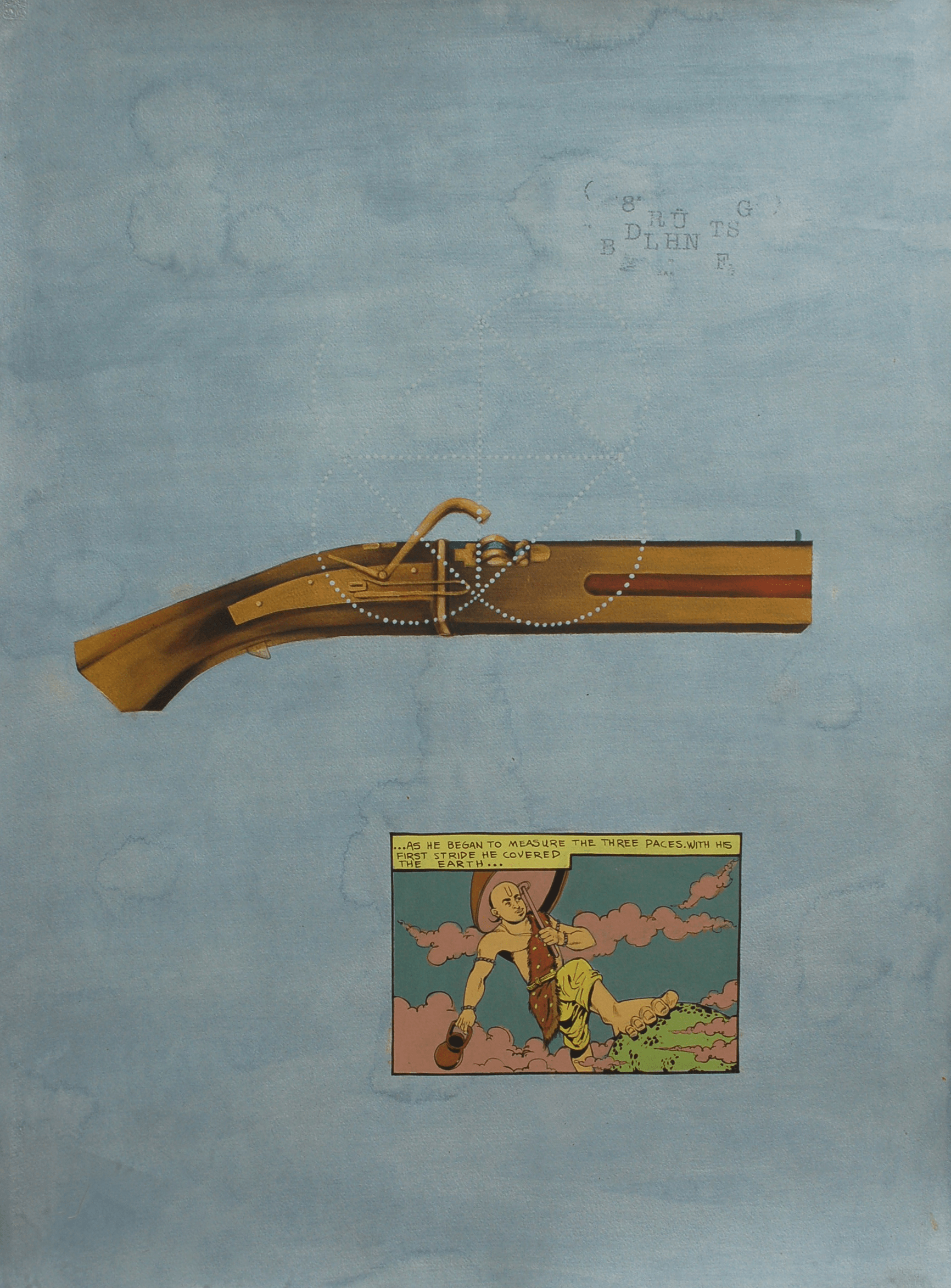 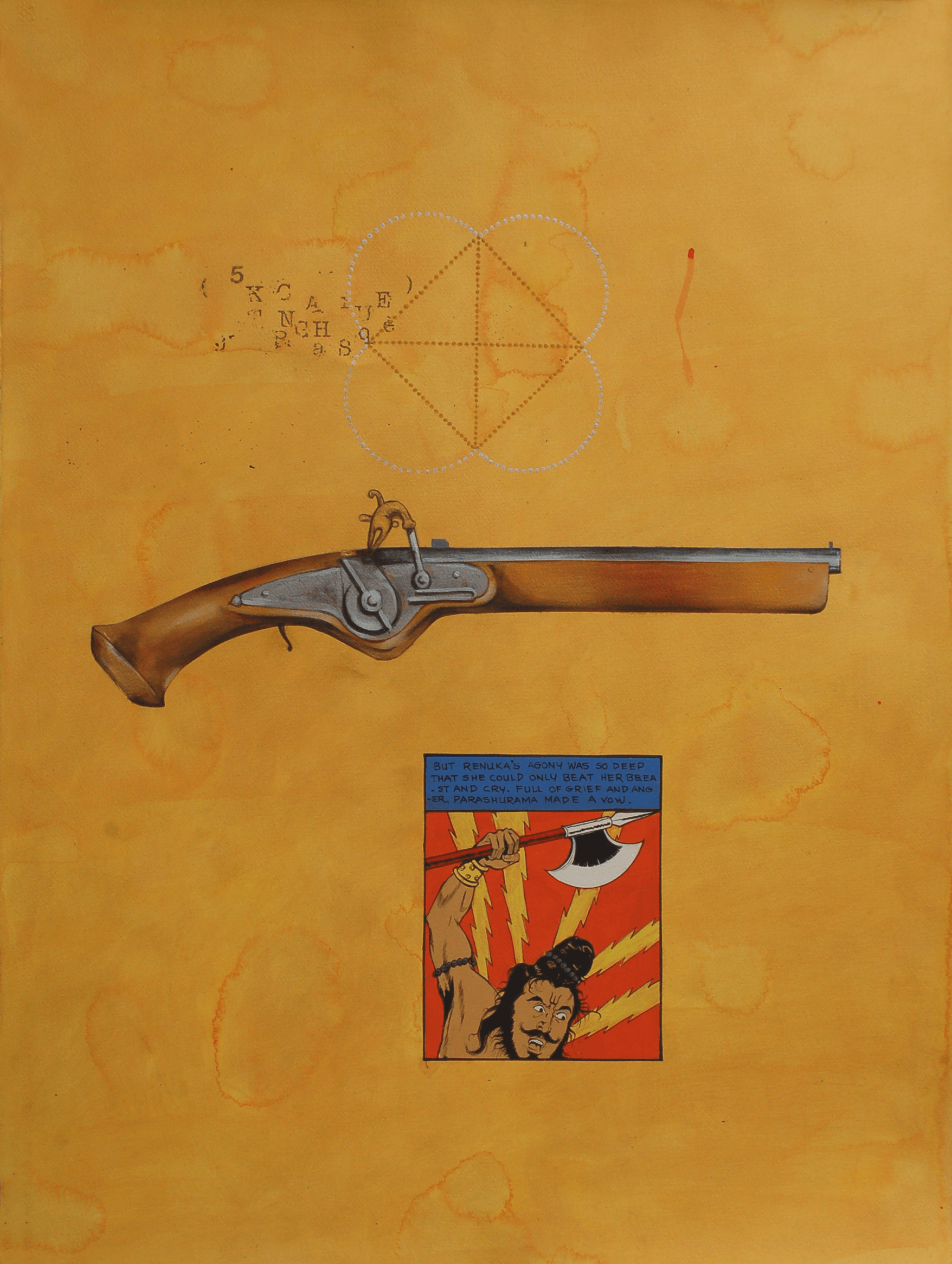 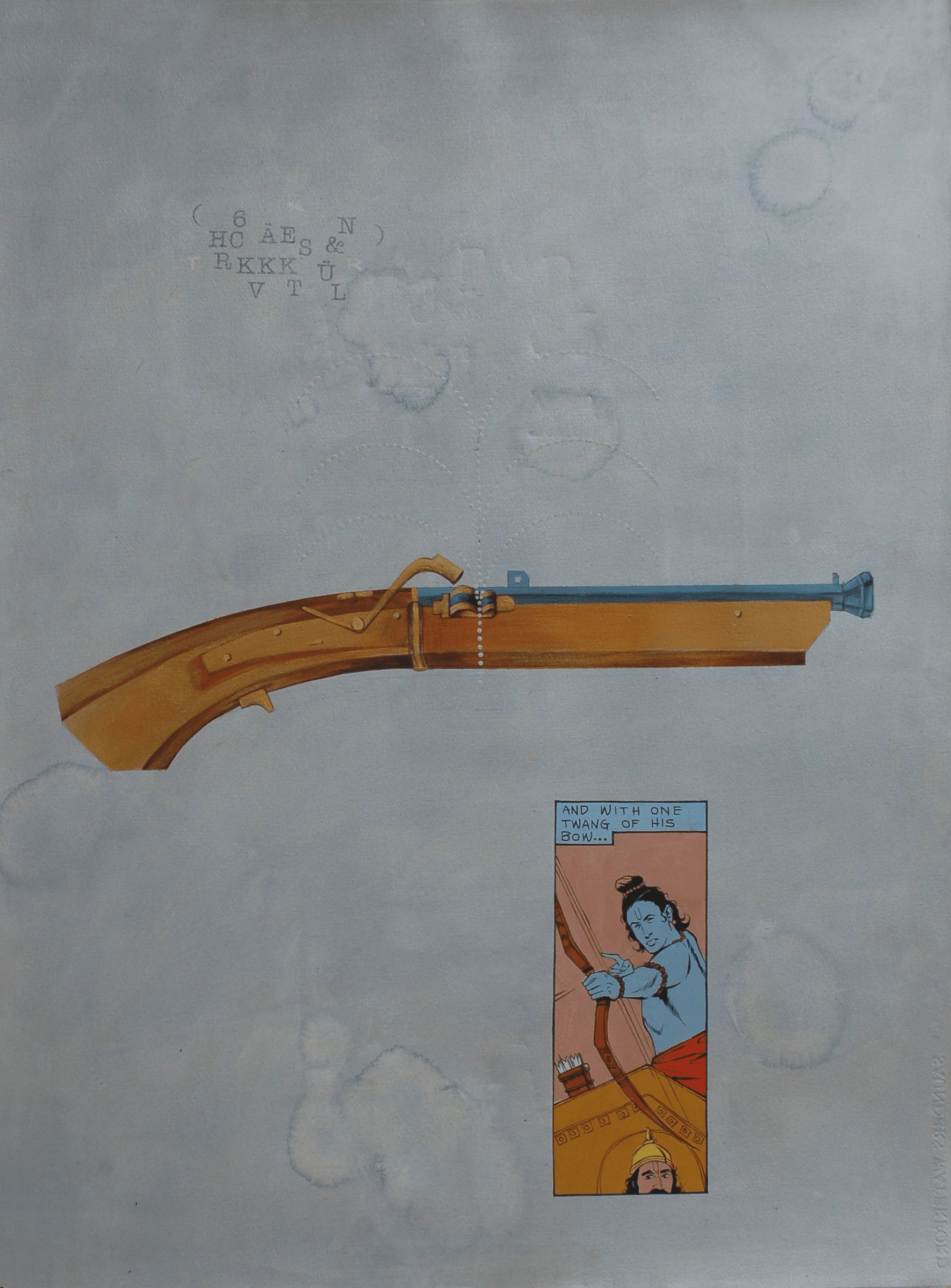 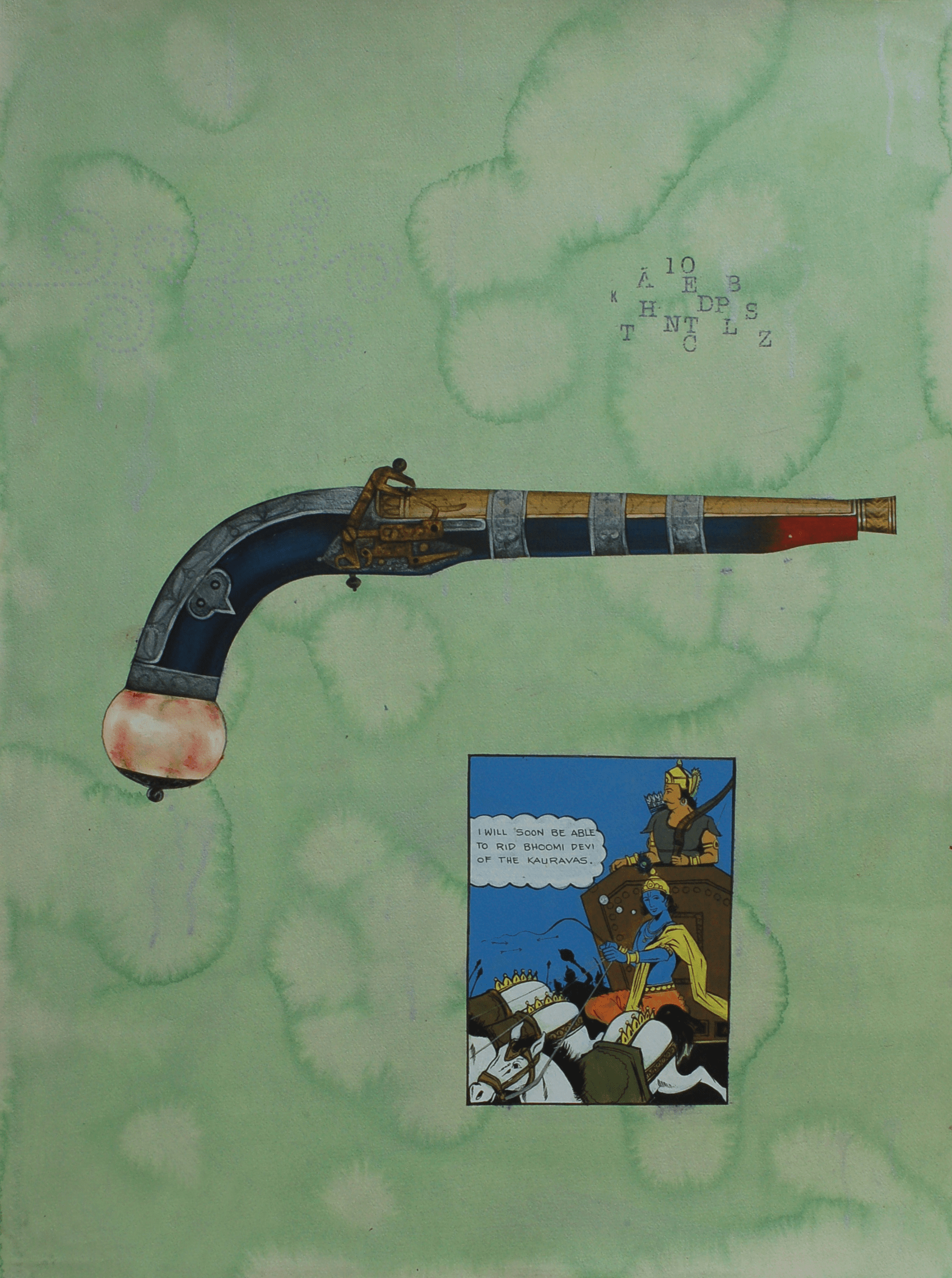 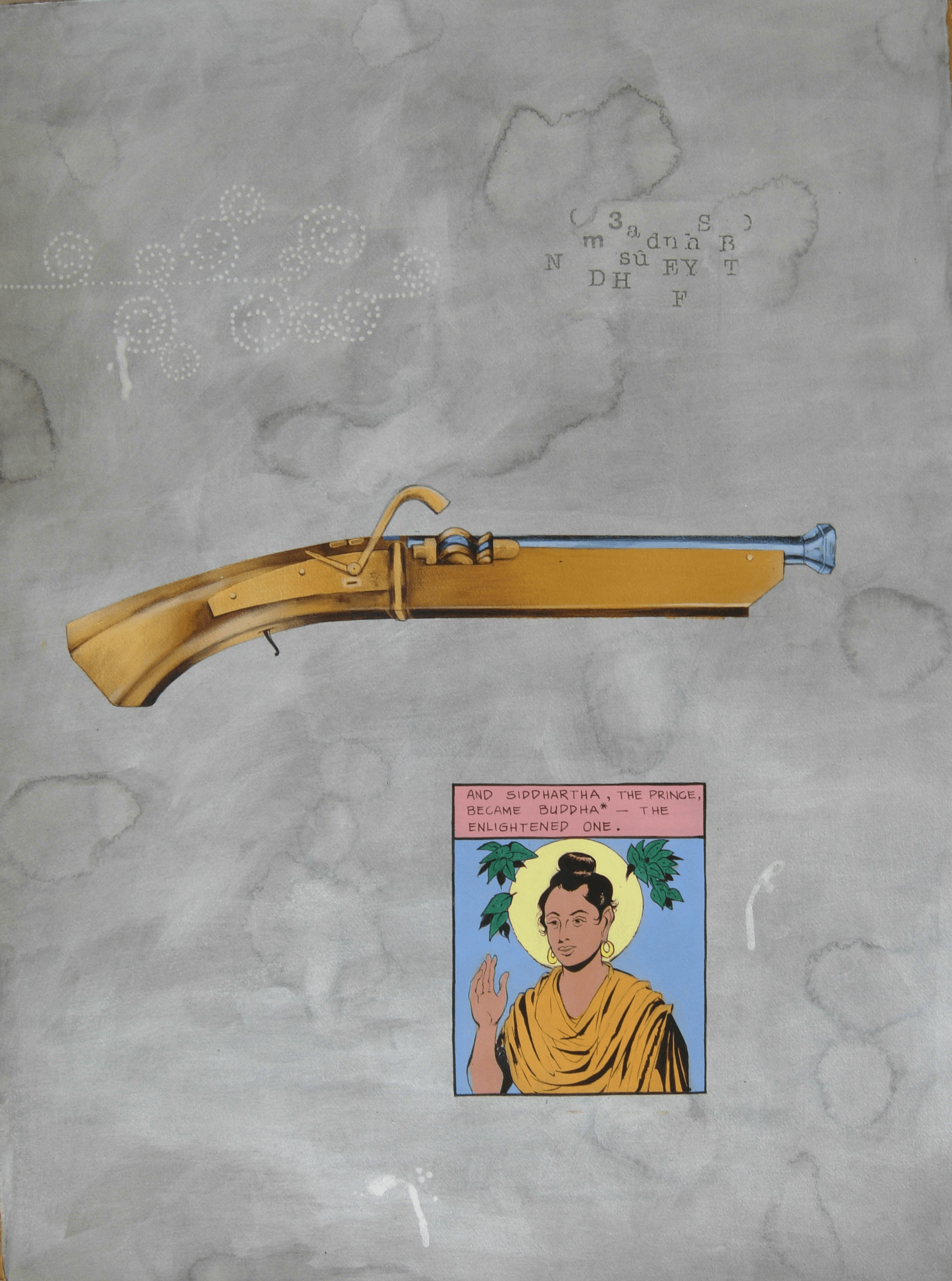