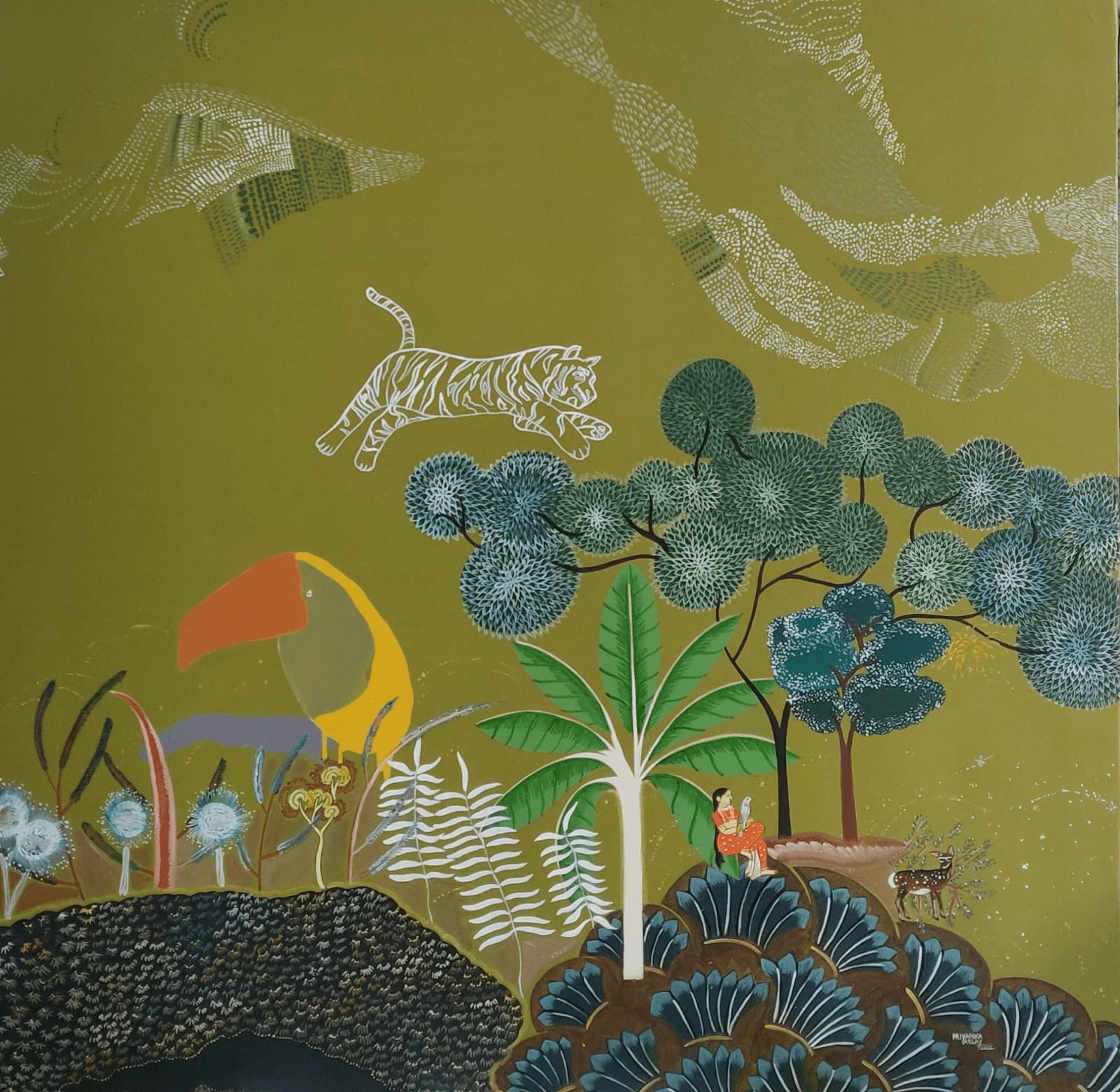 Both the works are inspired from the folktale of 'Balanagamma', that is popular in the south part of India. This folktale has been later adapted, re created to the filmic medium - 'cinema'. The same folk tale has been made and released into 4 different Indian languages - Telugu, Tamil, Kannada and Hindi. This is one among that many folk stories that have gained popularity at one point and have disappeared over a period of time after the emergence of new entertainments. In the first work we see Balanagamma all by herself enjoying the mother beauty where she was once taken care of. Here, she is dreaming holding this bird of her future man. Unknowingly that the life of the villain in this film, lies in the same bird. In the second work we see Garuda, according to Hindu mythology is invoked as impetuous violent force, here in the painting he is the actual hero of the film who bears the character of 'Mantrika'. Though he is the villain in the film, his appearance on screen is extremely heroic. In this particular work, mantrika with the Garuda head is running with extreme ease towards Balanagamma who has been prisoned by him in his house. 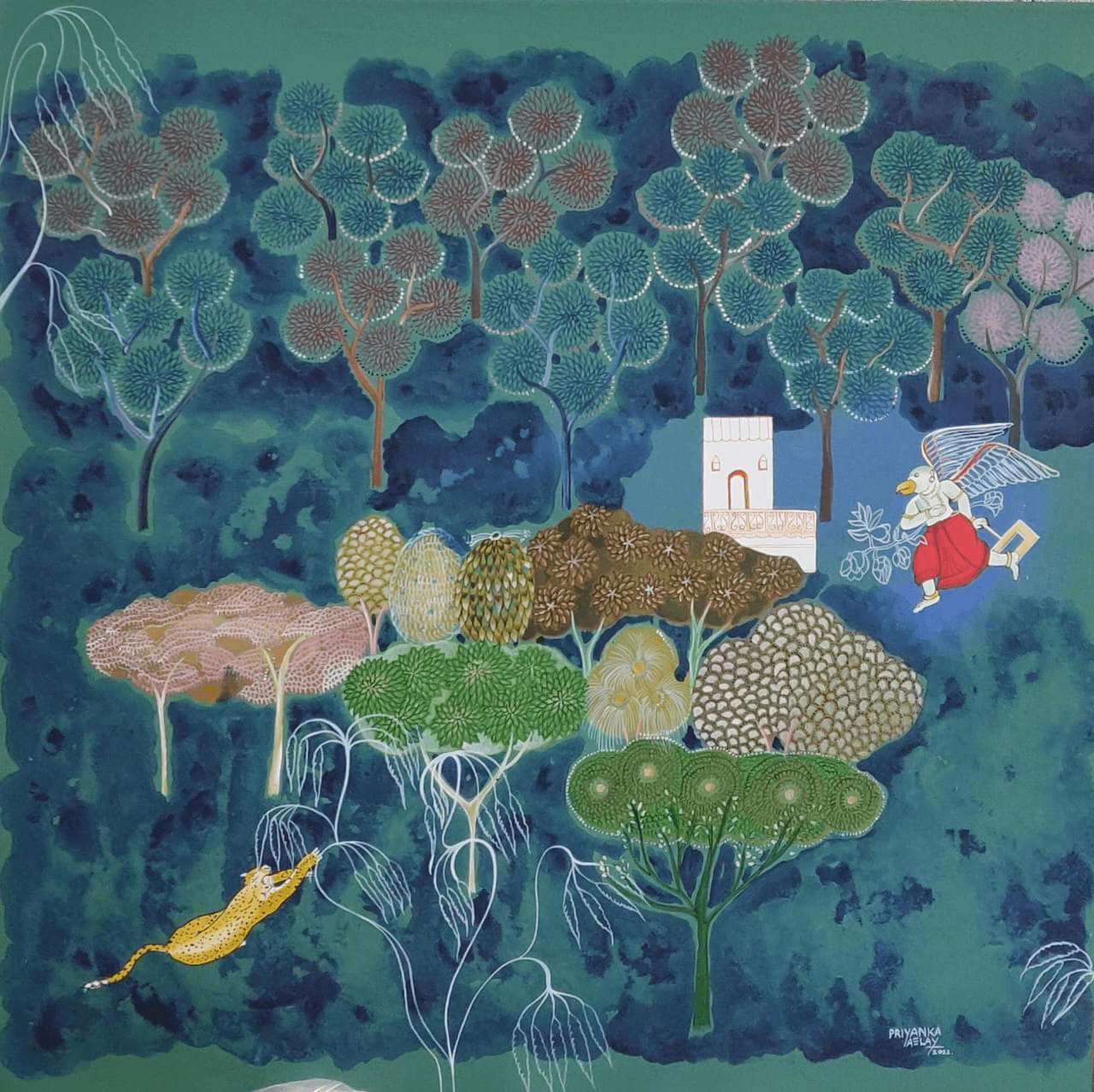