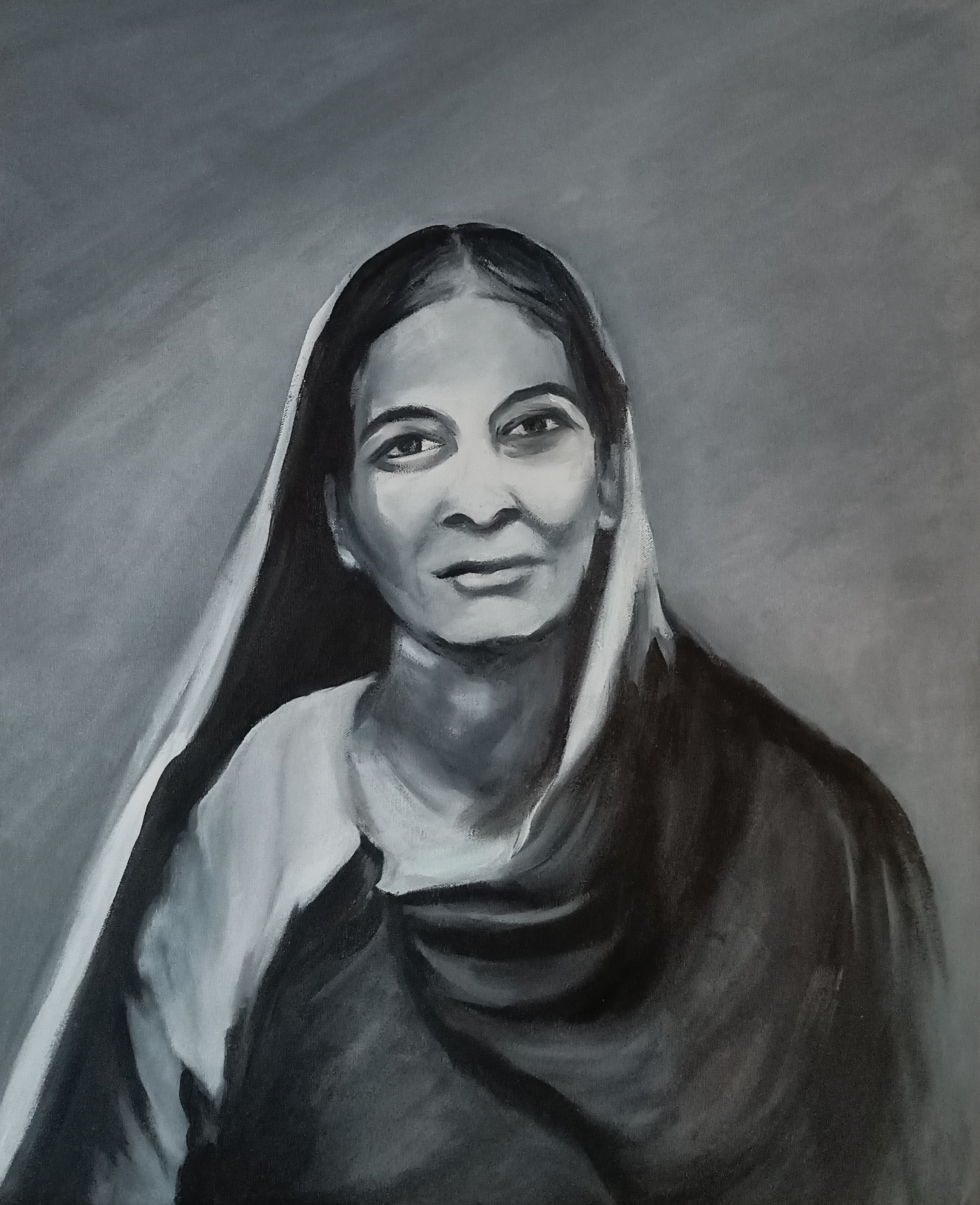 For his second film ‘Mohini Bhasmasur’, Phalke wanted women to play the female lead and approached Durgabai, a theatre actor. Thereby, Durgabai Kamat who played the role of Parvati became the first woman of Indian Cinema and her 13/14 year old daughter Kamlabai Gokhale (nee Kamat), who played the role of Mohini became the first female child actor. There is no trace of the film Mohini Bhasmasur in existence, nor is there any visual record of this special mother-daughter duo. In painting these portraits, Shanthi pays tribute to these remarkable first ladies of Indian Cinema and contribute to their history in creating a visual record of their existence for posterity. 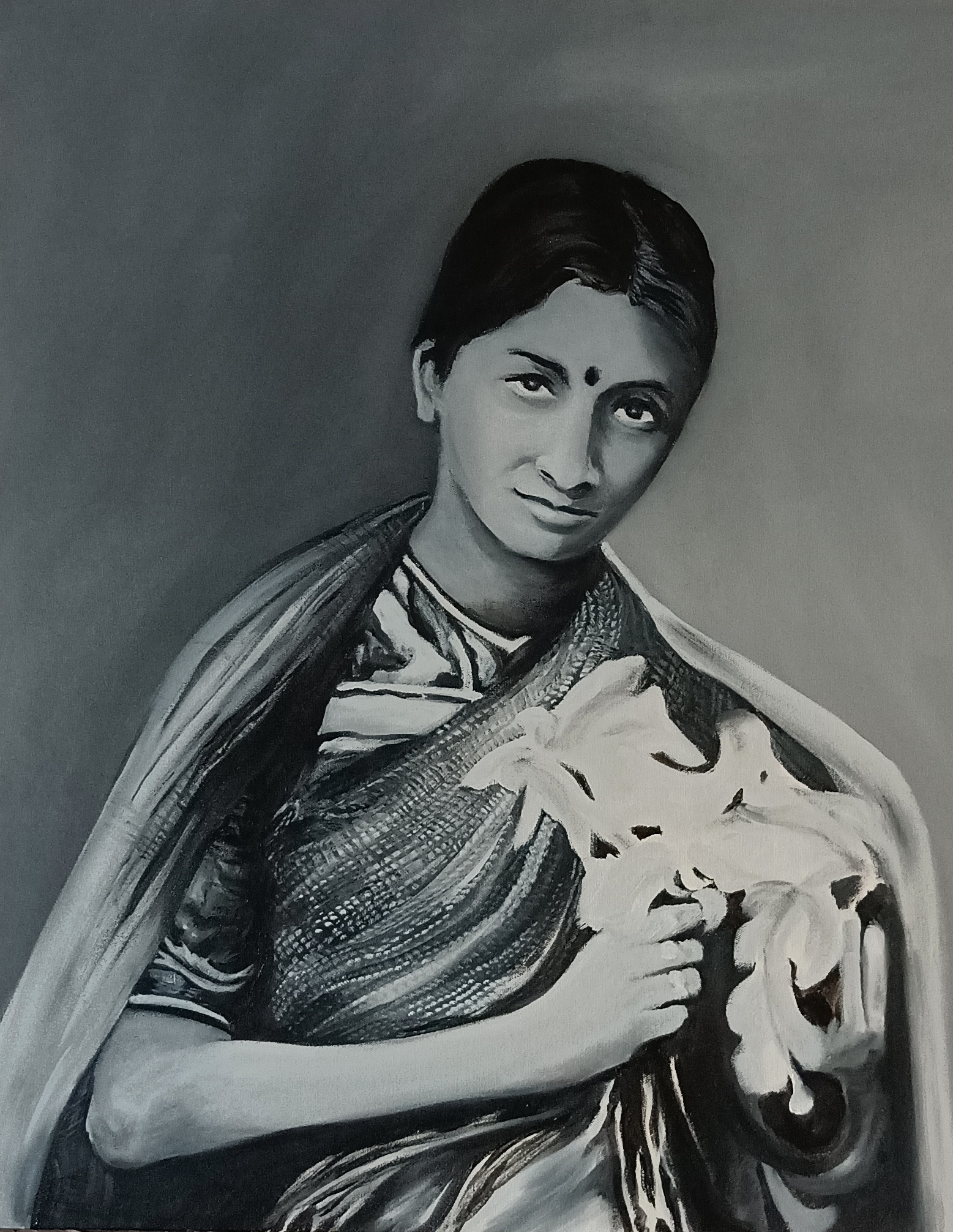 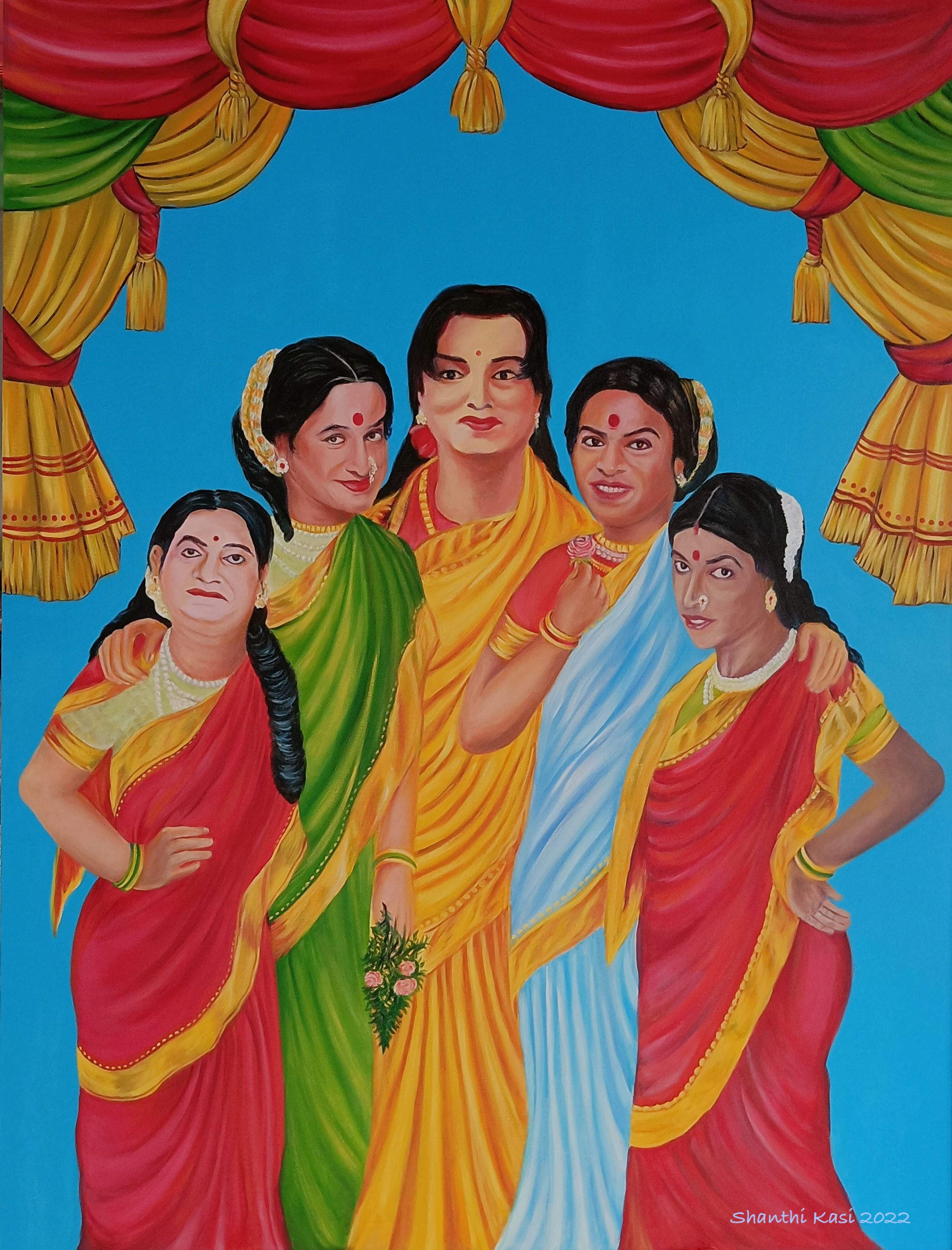