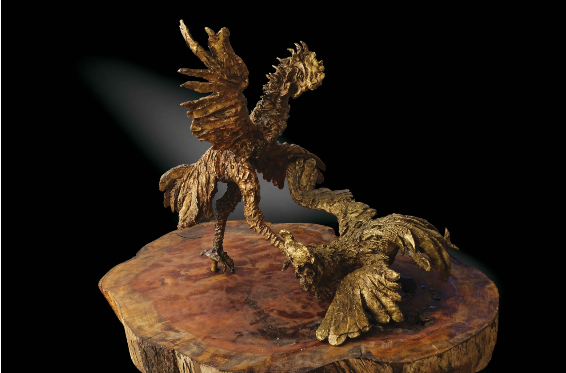 The cock fight as a sport has been popular since ancient times in india and in many other countries around the world .It dates back to 500 BC. Artist Chandrasekar grew up playing this ancient sport which is passed on by his ancestors. This game is banned by many state governments including Tamilnadu . But still in many pockets of India it's allowed during the Makara Sankranthi festival. Chandrasekar has the imprints of the memory of this sport which he skillfully executed in Bronze which is a difficult medium to work with. In spite of bronze being a rigid and heavy medium the artist was successful in bringing out the feel of lightness and action of the flight. 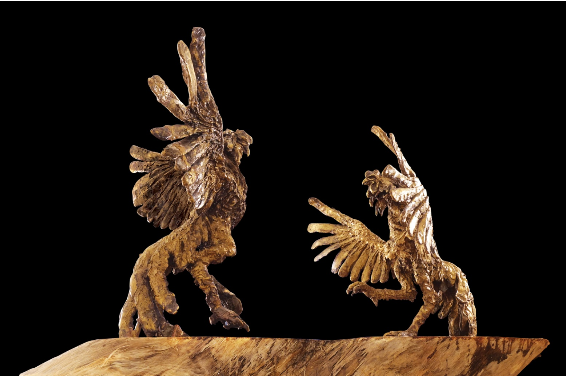 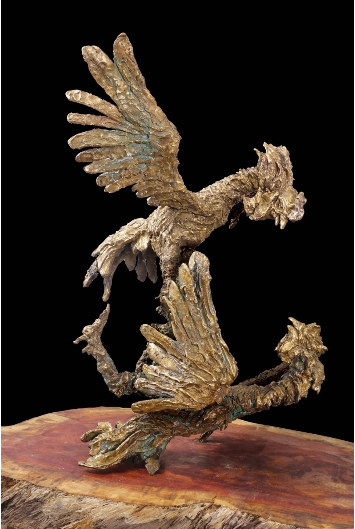 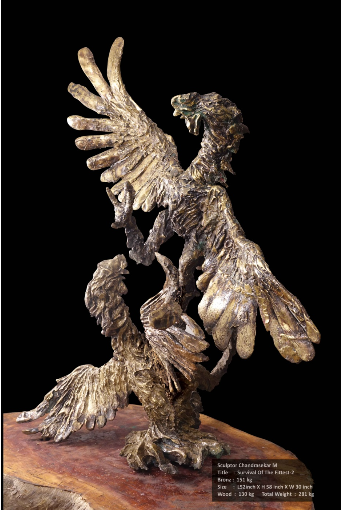