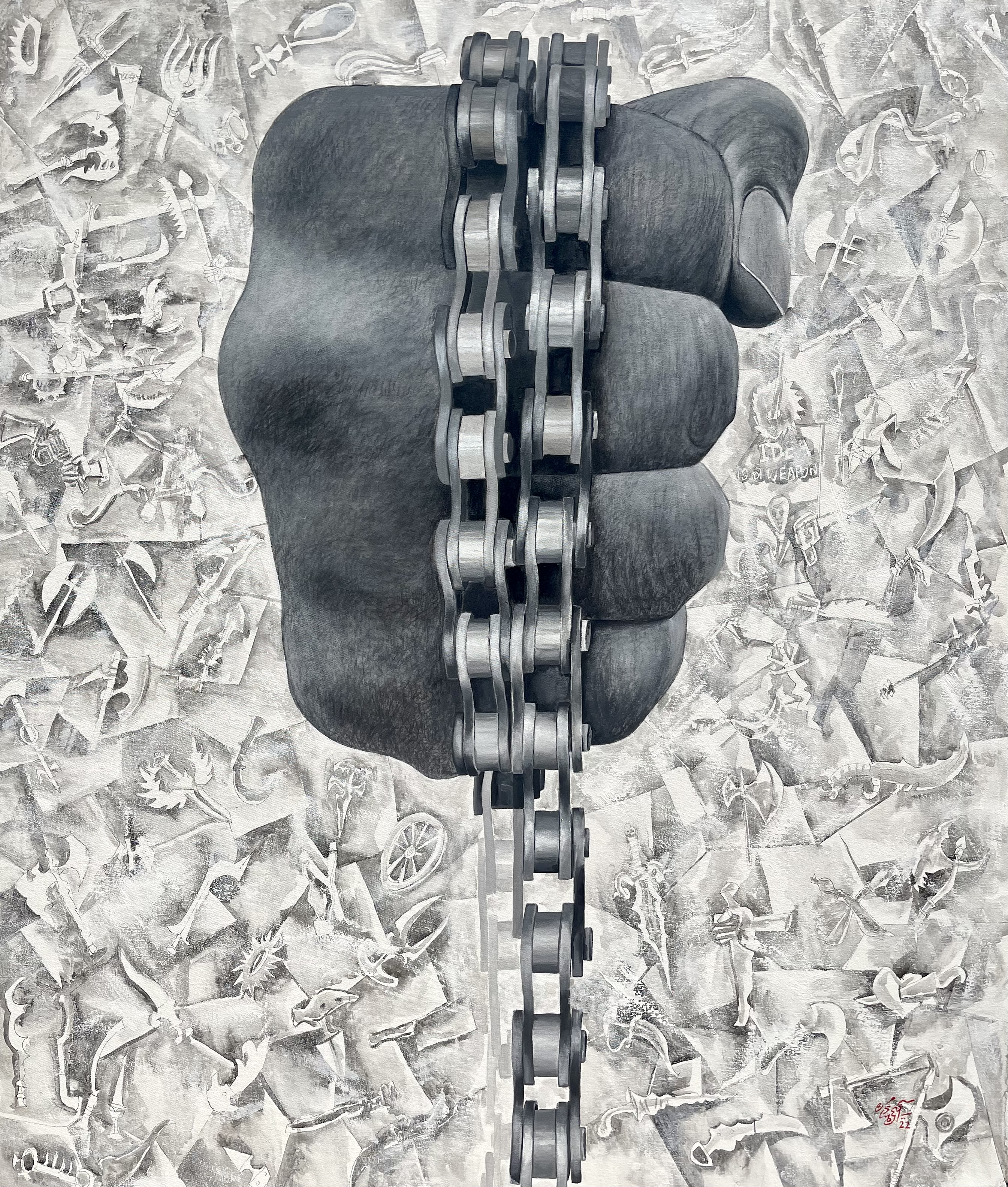 Dr. Laxman Aelay is a highly reputed artist for his contemporary depictions of rural Telangana imagery. Like many successful artists, he too started his artistic journey as a signboard painter and illustrator, before coming to mainstream art. His quench to learn more about different art media led him to learn and research “Visual Culture”. His main subject of work has been cultural identity. His interest and subject knowledge of the “influence of cinema on Indian culture” is vast. He acted and worked as a poster and Production Designer for an award-winning Telugu movie. He also worked with prominent Telugu Directors in various departments of cinema. We know from our epics, the weapons of our deities were all described in all their glory, including their origin, exceptional powers, and how to use them righteously. This specific work of his dwells into the idea of popularizing and making weapons as a fashion statement in mainstream cinema. This work of Laxman’s is bold, quasi-realistic, and arduously drawn imagery evokes a sense of nostalgia. Sometimes a simple action might turn into a "Cult Status". If you belong to the 80'-90's you will be taking a ride down the memory lane while engrossed in the detailing of the striking visuals