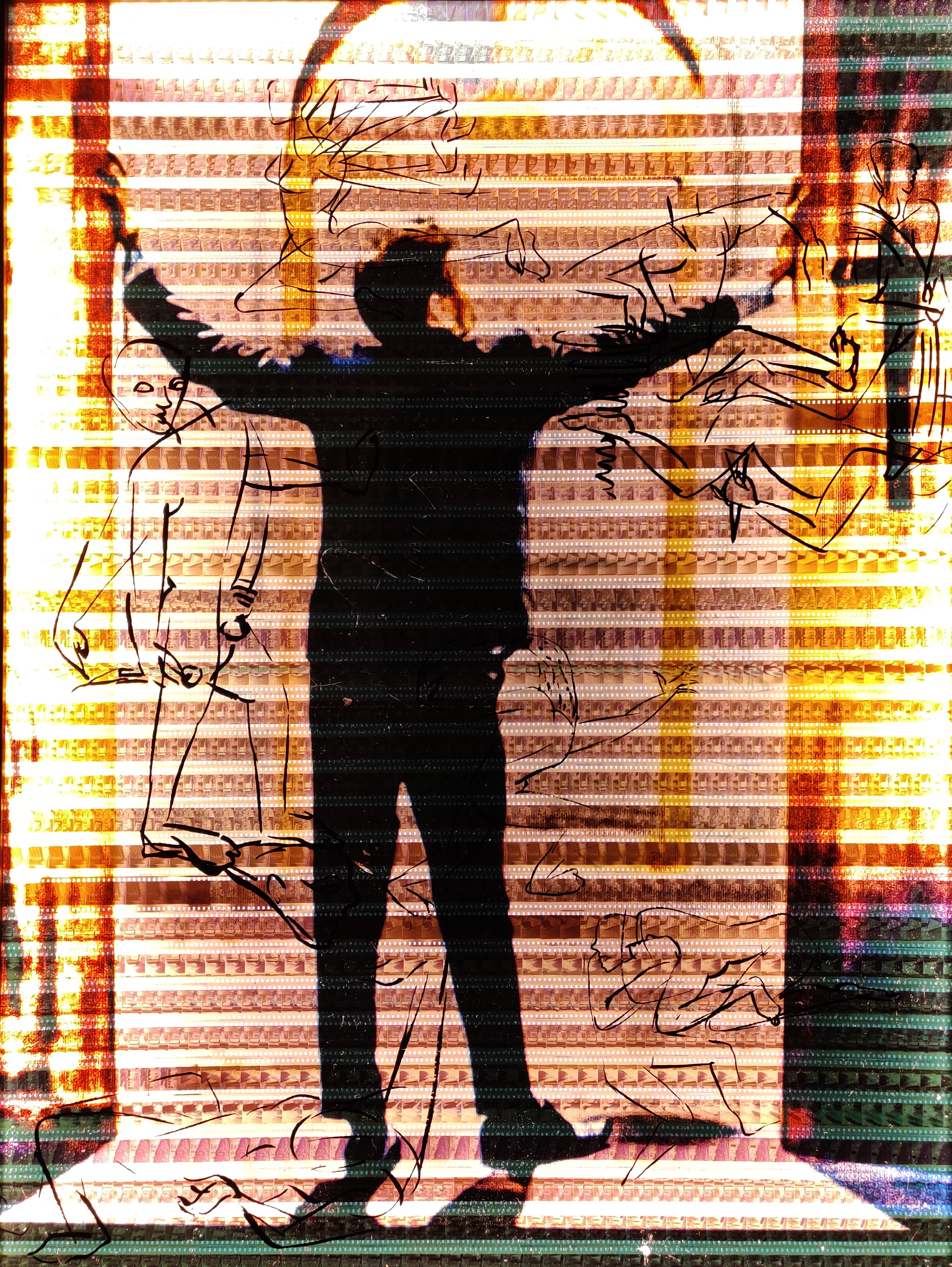 This work traces back to Appajaiah’s childhood nostalgias and experiences with Kannada movies, songs and its poster and related imageries that he encountered frequently since then. It is created with an inspiration from landmark Kannada movie Kasthoori Nivasa directed by the duo Dorai Bhagavan and acted by Dr. Raj Kumar. It is a narrative of a factory owner who is extremely generous and honest man who gives up everything for his generosity and sees a financial downfall as well as other personal losses and the movie ends with a tragic note. It also parallels the narrative of the myth of Raja Harishchandra in ancient epic. This movie also addresses industrial revolution and arrival of new technology that led to modernism in local townships and focused on resultant fluctuations in relations and attitudes. It is rooted in the artist’s keen observations of life and parallels with the philosophy of this movie. This also reflects the overall psyche of the native common man and how they mirror the attitudes of an influential star or a film of their respective eras. There is an inert dichotomy of common saying and beliefs like being good bring good and the excess of anything can destroy the equilibrium that brings it to his interest. Appajaiah has also been a fan of Raj Kumar and his movies that celebrate native and personal ethos of humankind. This work becomes an emblem of efforts to a mimetic self and his philosophical endeavors. This 3*4 ft work is created in mixed medium; experimenting with transparency and a tangible palimpsest of film rolls, acrylic sheets with sketches, screen print and bulb lighting is added in the execution of it. This enables to bring a reminiscence of theatricality and other realistic and dramatic encounters in life.