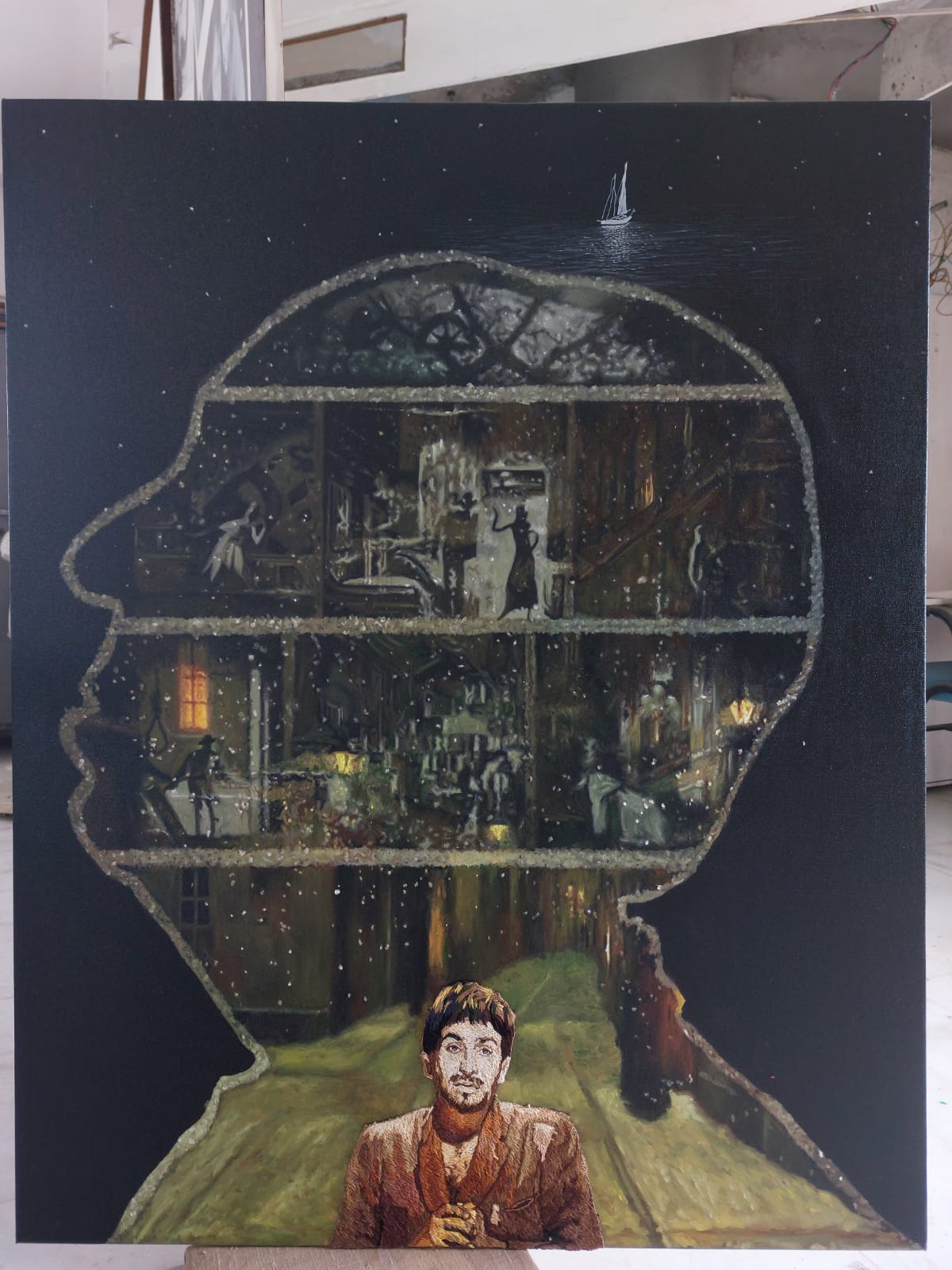 Stitch and Oil color on Canvas

The fact that Dada Saheb Phalke brought the camera from west to east and made the first film had a tremendous impact on the Indian film industry, which was an impossible feat at the time! Indian Cinema, the world's biggest film industry, began with the passion of a single visionary - Daada Saheb Phalke! This painting is very similar to the movie poster of Western film director Alfred Hitchcock. The poster of this Hollywood movie matches the mood of the movie "Jagthe Raho". In "Jagthe Raho", Raj Kapoor's central character embarks on a spiritual quest during the night. As if it were a journey that a common man would undertake through life... The thread on canvas works are natural, simple and deep. The artist strives to make them seem completely without contrivance, mere figments of the mind, stripped to the essence and willed into visibility. The artist uses cotton threads and needle to create an artwork, it is a manual process, and no machines are used in creating these masterpieces. His artwork is two sided, one is realistic, and the other side is abstract form. He never imposes an image upon the surface, instead facilitating its evolution, embracing both the traditional and the contemporary and in doing so creates a space in which viewers can experience an authentic, elemental and meaningful simplicity.