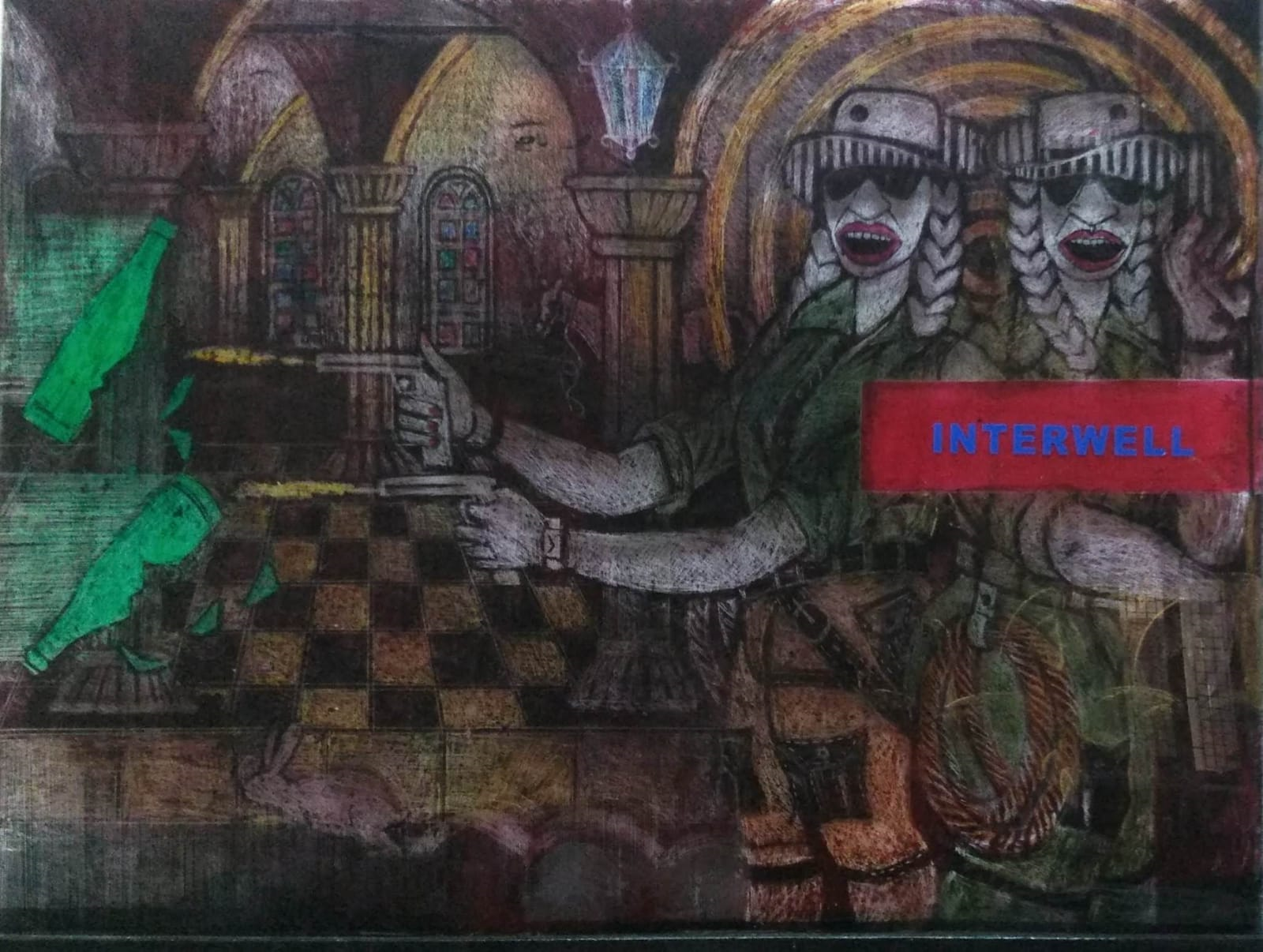 Everyone feels there is a hero in him. Films in native languages assure one of these feelings even more! These works of Rajeswara Rao on the concept of films are a take off, from his thoughts as a child while watching movies of heroes with unimaginable powers and unbeatable strength doing the impossible....and he feels like one.....so powerful and so assured. And he is sure there are millions like him...children and adults who merge into the film and become the protagonist while watching the movies! People have been his muses, always! The labyrinth of external resources- just superficial amazes him. Soaking in the pleasures, desires, wants and needs of the maze of people around him and whoever he comes across, he captures and celebrates their appearances, their happiness – their courage to flaunt, decipher themselves with a new abandon thrashing their inhibitions if any and creating cervixes in the social milieu to fit into the ‘high society’. Pretensions are a need here that alternate into a necessity. He is concerned with the ‘high’ of these pretensions - so what if one loses oneself in the muddle of confusions and lack of understandability over time. That would be an entirely different canvas, maybe later. 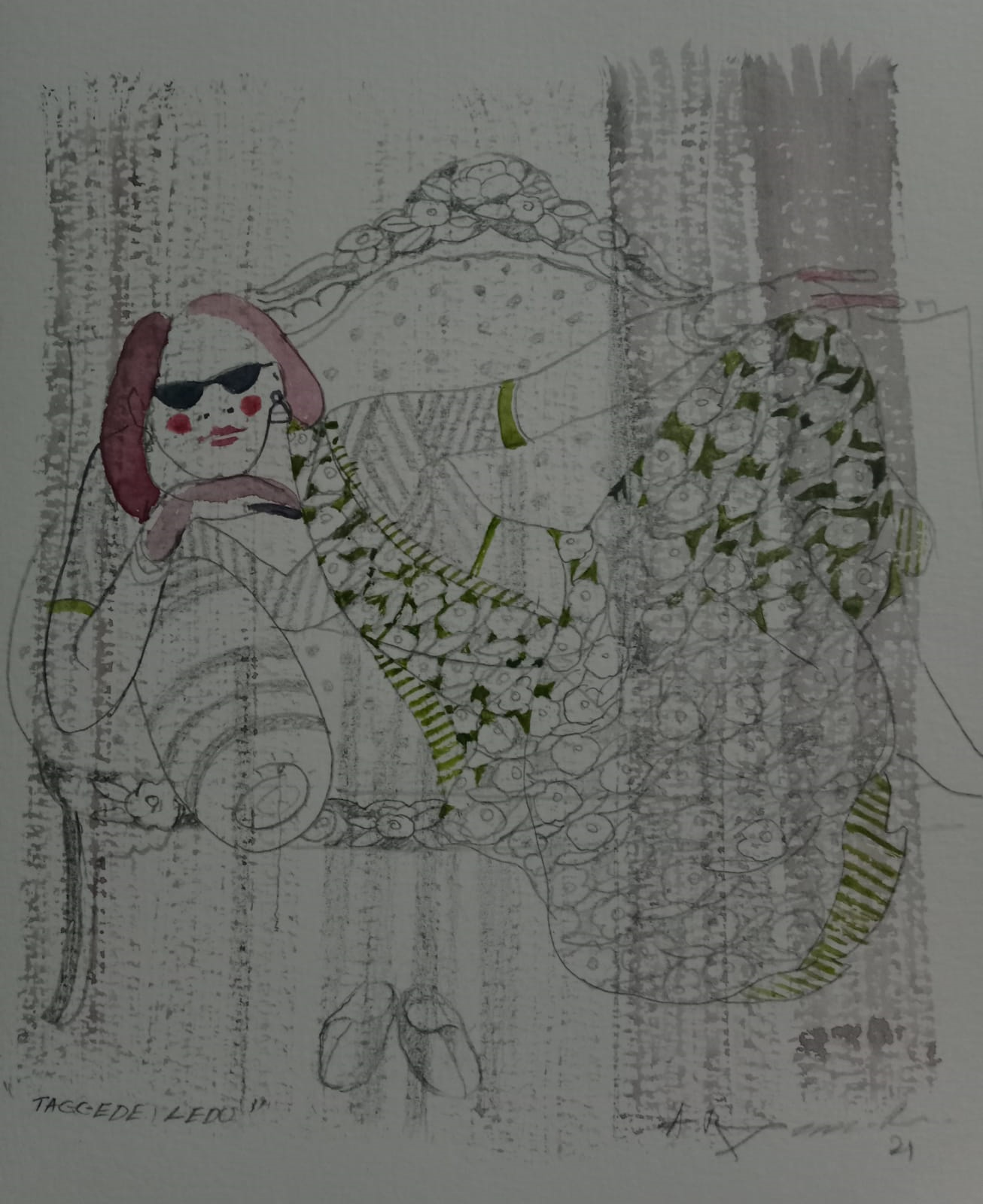 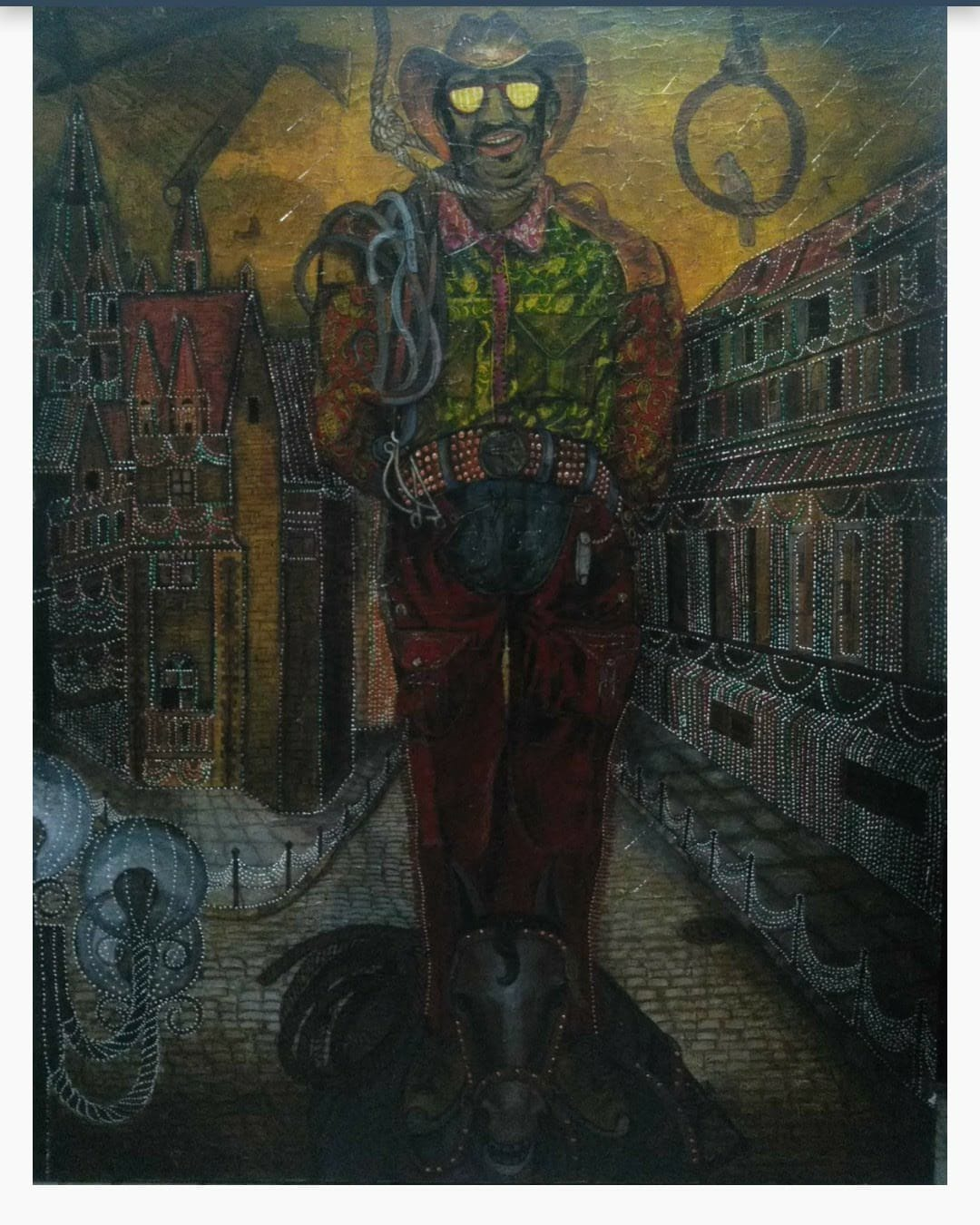 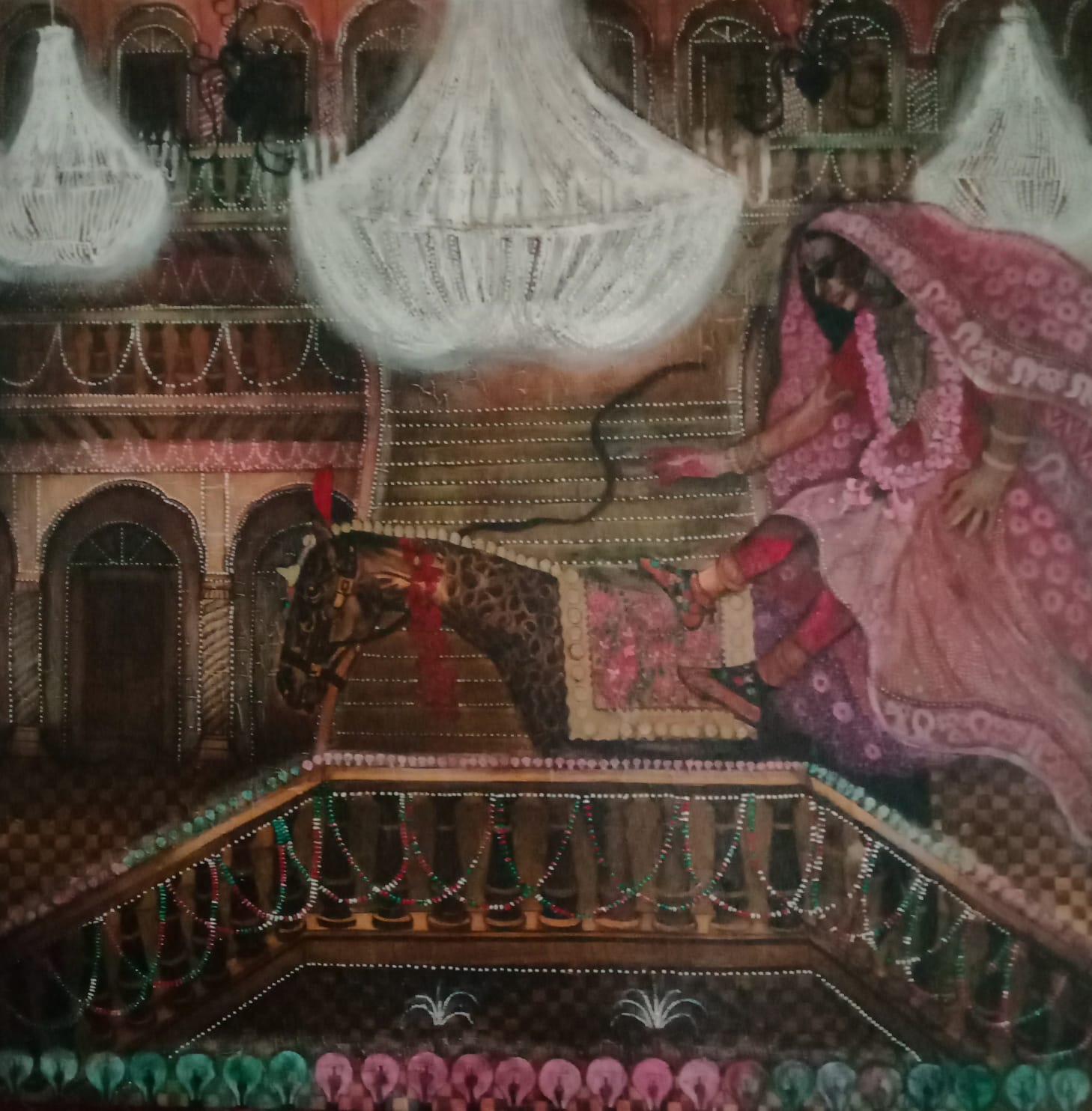 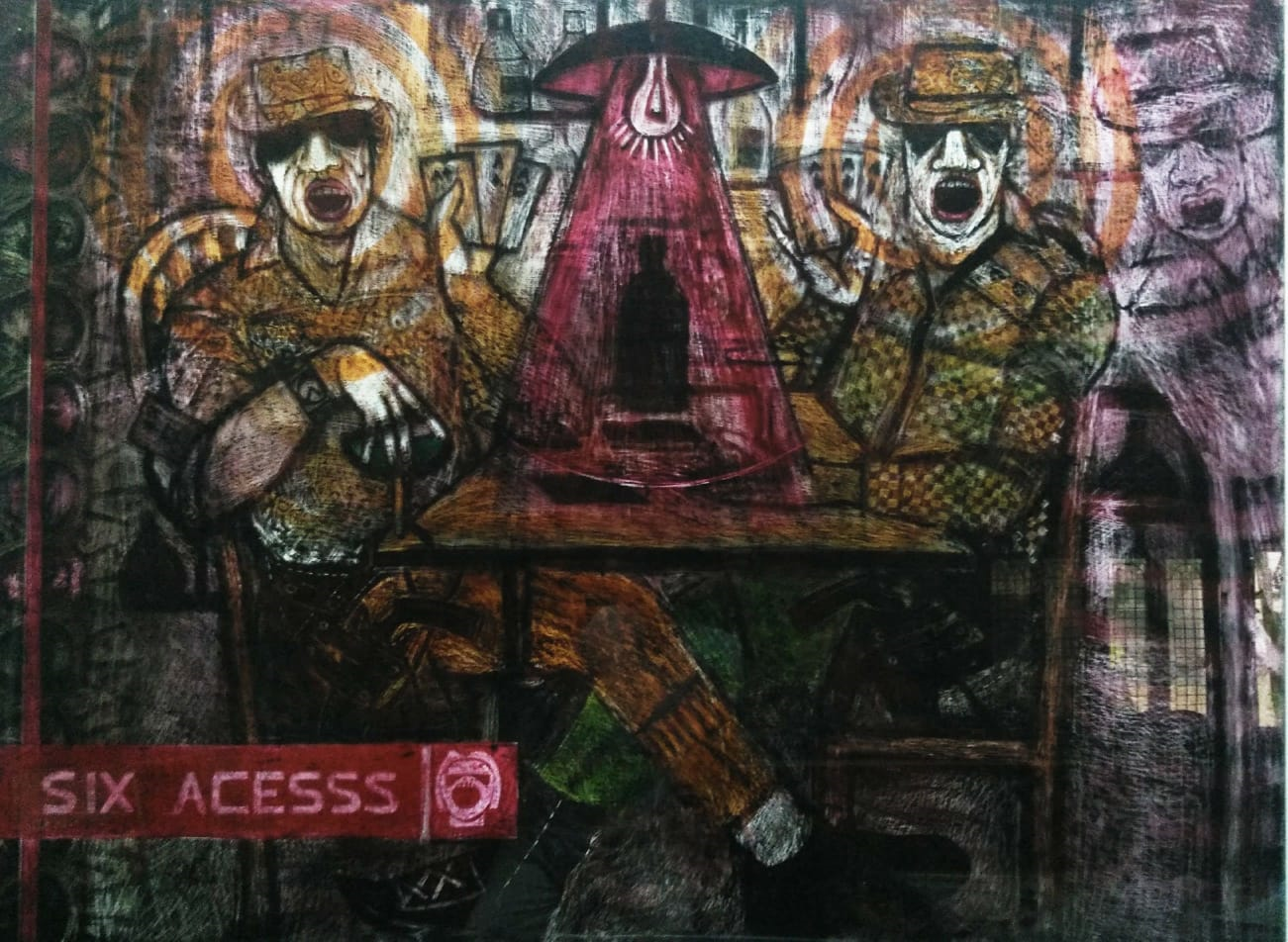