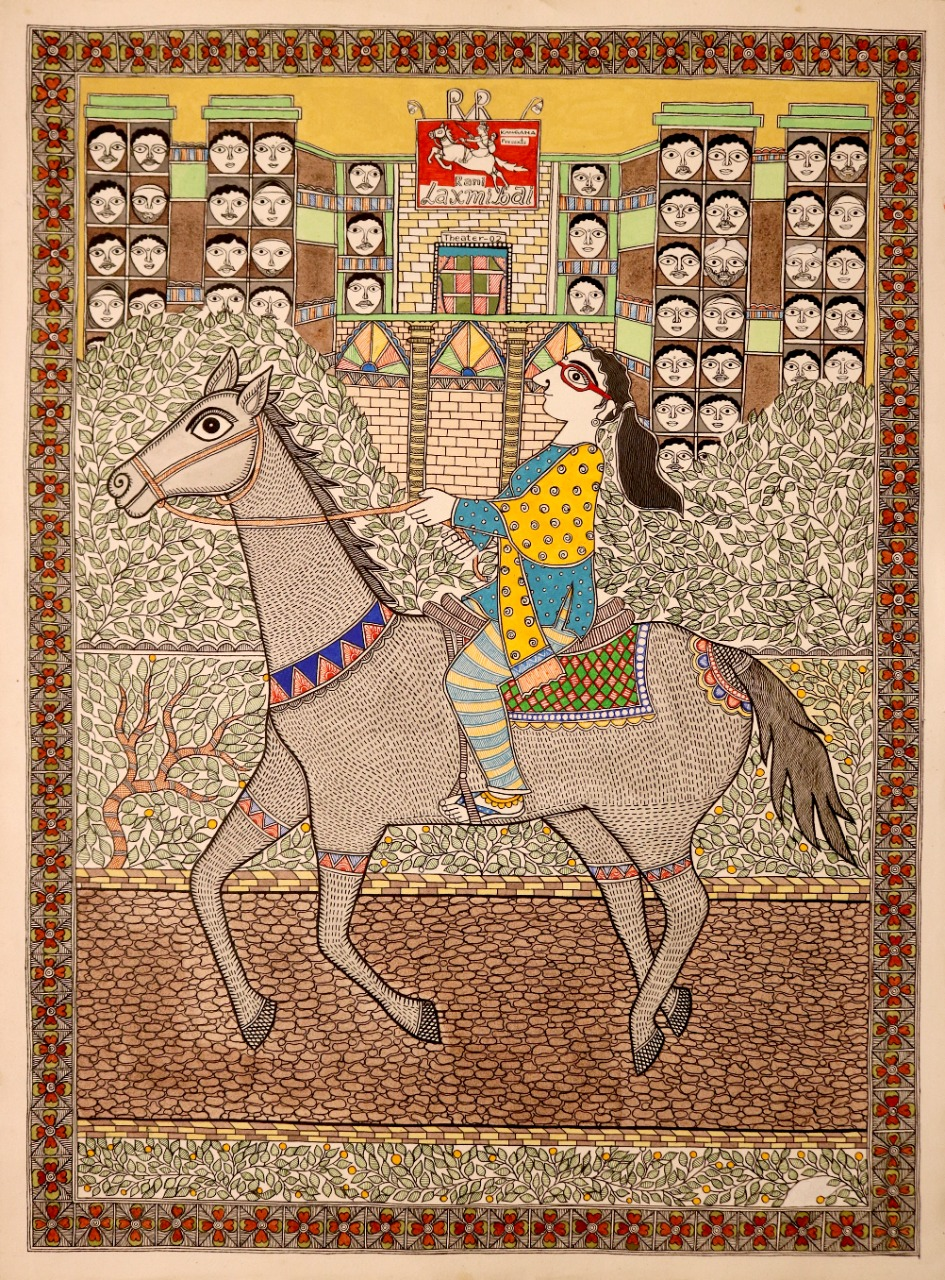 Acrylic and Ink on Paper

While watching the film ‘Manikarnika’, Avinash thought to paint the modern-day ‘Laxmi Bai’ and imagined today a girl riding a horse on the road, what people would be thinking. Some of them would be amazed, some would be hating the scene as they may not like to see a girl riding a horse like a boy, some may be philosophical to see the horse as a metaphor for the ‘world’ which is driven by the women. So, in this painting people in the theater where a film on Rani Laxmibai is being screened are looking at the modern-day Laxmibai. Sasta Jinagi Mahag Senur Sasta Jinagi Mahag Senur which means, life is cheaper, and the wedding becomes expensive. This film is completely based on the dowry practice and the dark sides of society which are always against love affairs. Mithila and Maithili Cinema: Mithila (Mithilā), also known as Tirhut, is a geographical and cultural region of the Indian subcontinent bounded by the Mahananda River in the east, the Ganges in the south, the Gandaki River in the west, and by the foothills of the Himalayas in the north. The first Maithili movie was Kanyadan (released in 1965 & Directed by Phani Majumdar), of which a significant portion was made in the Maithili language. Another Maithili movie “Mamta Gaave Geet” was released in 70’s and became very popular due to the melodious songs and good storyline. But after that, no serious effort was done to make a Maithili melodrama.But then 3 films were made and got success on the box office like Sasta Jingi Mahag Senur, Aau Piya Hamar Nagri, Senurak Laaj etc.After many years in 1999 a new Maithili film “Sasta Jingi Mehga Senur” appeared in the scene. This film by director Balkrishna Jha broke all success records and was widely a big hit. This Maithili film’s songs were played in many village fairs and other Maithili gatherings. 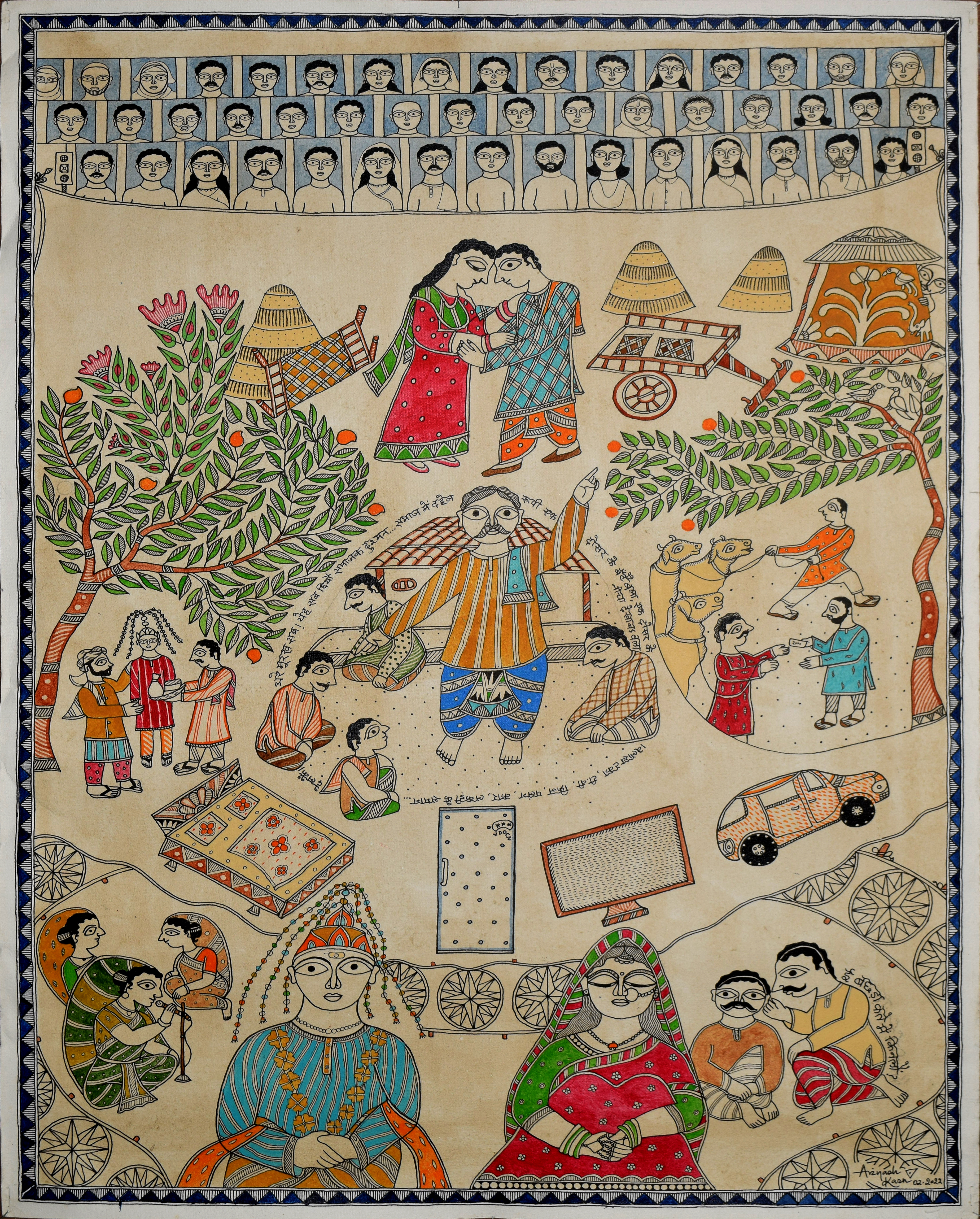