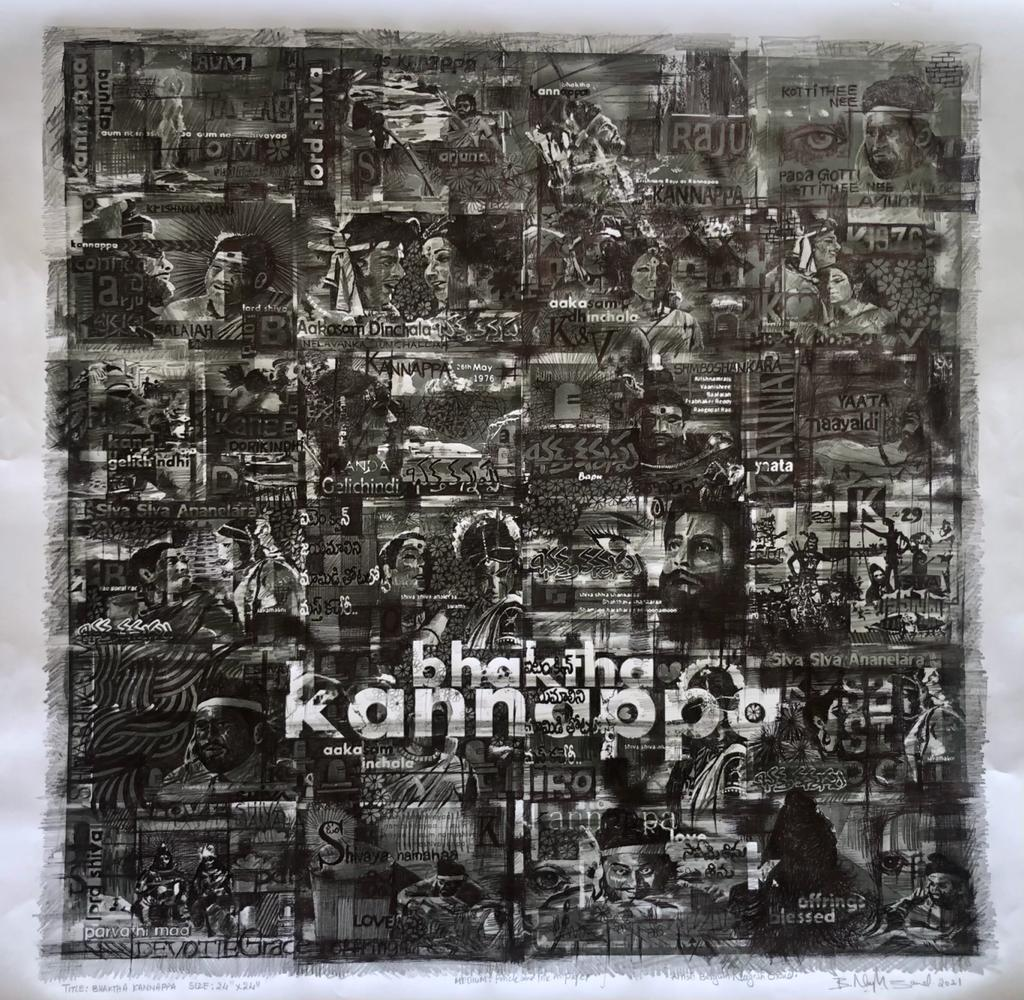 Led and Ink on Paper

Every artist has a story to narrate in a visual format in different media and styles. Cinema is a visual narration too! In many ways it inspires Nagesh as an artist. As a child he followed his parents to a movie theatre; seeing a movie in colour on a large screen “Bhakthakannappa" gave him the experience of a grandeur for the first time. It was a mesmerizing visual treat to him as a seventh-grade kid. The songs and the colourful attires of this cinema became an enchanting memory. The next year he watched another movie "Adavi Ramudu" with none other than Sri NT Rama Rao in the lead role left a deep imprint on his memory of movies from his childhood days. When Curator (Annapurna) approached him with the concept, he went back to these movies to re-live his experience of his childhood. The screenplays, dialogues, costumes, and everything else that went into making these movies made them the trailblazers of their time. Creating these works took him back to his days of working as an Art Director for an advertising agency in Mumbai. That experience led him to open his own agency in Hyderabad later. Back then, layouts and designs were all handcrafted. An art by in its own means 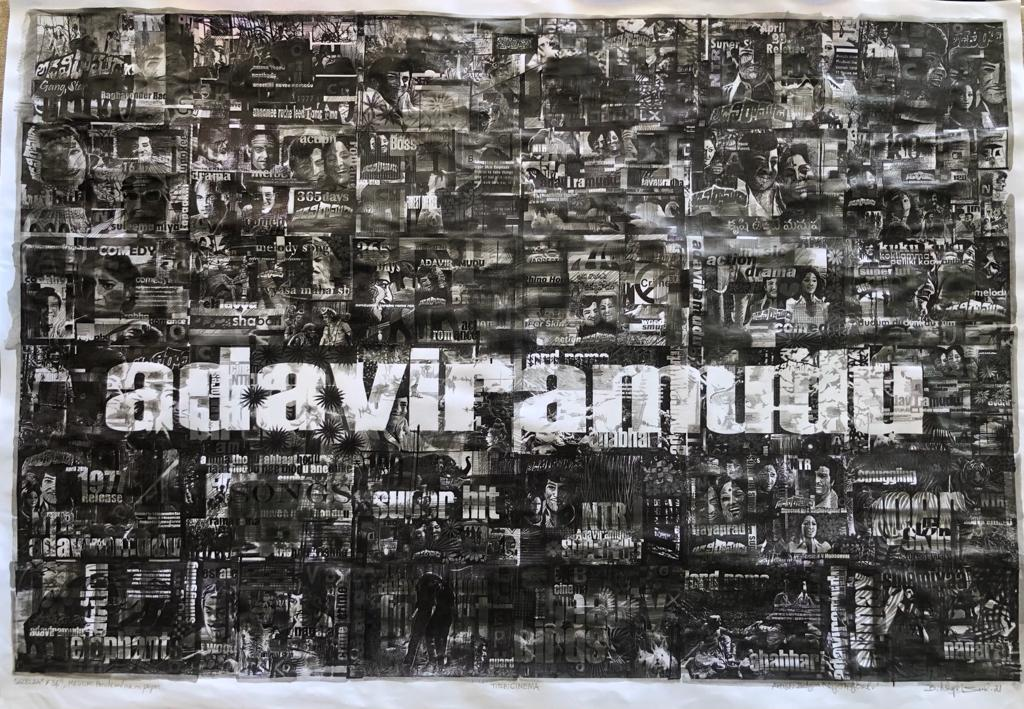