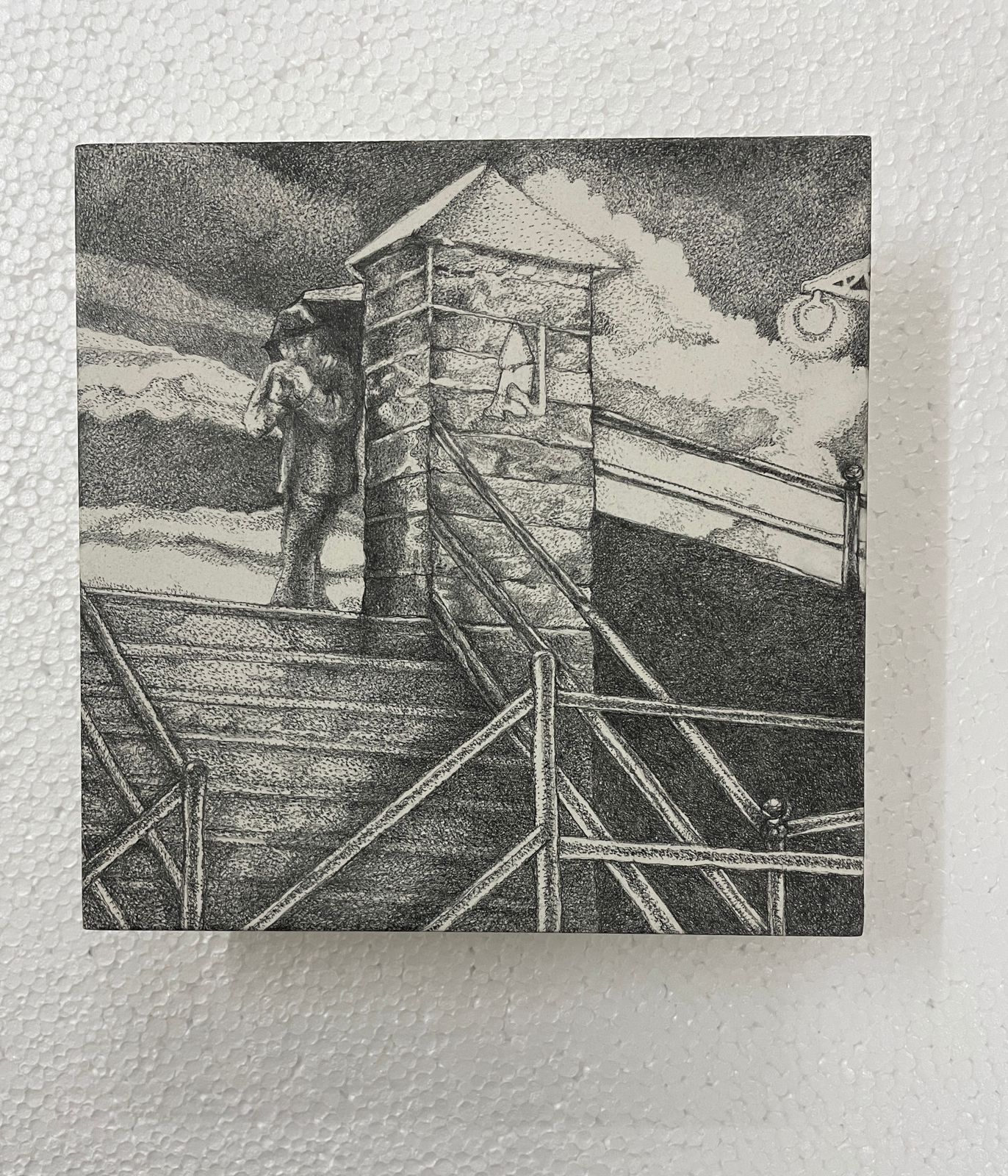 Water has been a through-thread in Parvathi’s artworks – just as the rain song has been a staple in Indian movies – and especially Hindi films. Though in many later films, the notion of the rain song is rather debased, in most of its early iterations this cinematic staple is a way of showing the film’s protagonists in-sync with nature. The uprush of emotions felt by the characters is complemented by the deluge from the skies. Raj and Nargis in the movie Shree 420, and the song “Pyar Hua”, to the artist, epitomises this original form of the RainSong. While it might suggest a sort of utopian construct of woman-man in harmony with nature, it is balanced out by the poverty of the characters, she - a teacher & social worker; he - a newcomer to the city and living on the streets. These are real slices of life – the poverty, the desperation to make a living, the moral choices. The work deconstructs the rain song into its components such as the players, the setting, and the metaphors drawn into its creation. The water and the urban setting are part of the urban memory and cinematic tropes of Indian cinema. If the hand drawn graphite medium lends itself well to the recreation of these images from the era of black-and-white cinema, equally, the tight composition and cropping situate the work in contemporary culture and ways of re-examining the past. 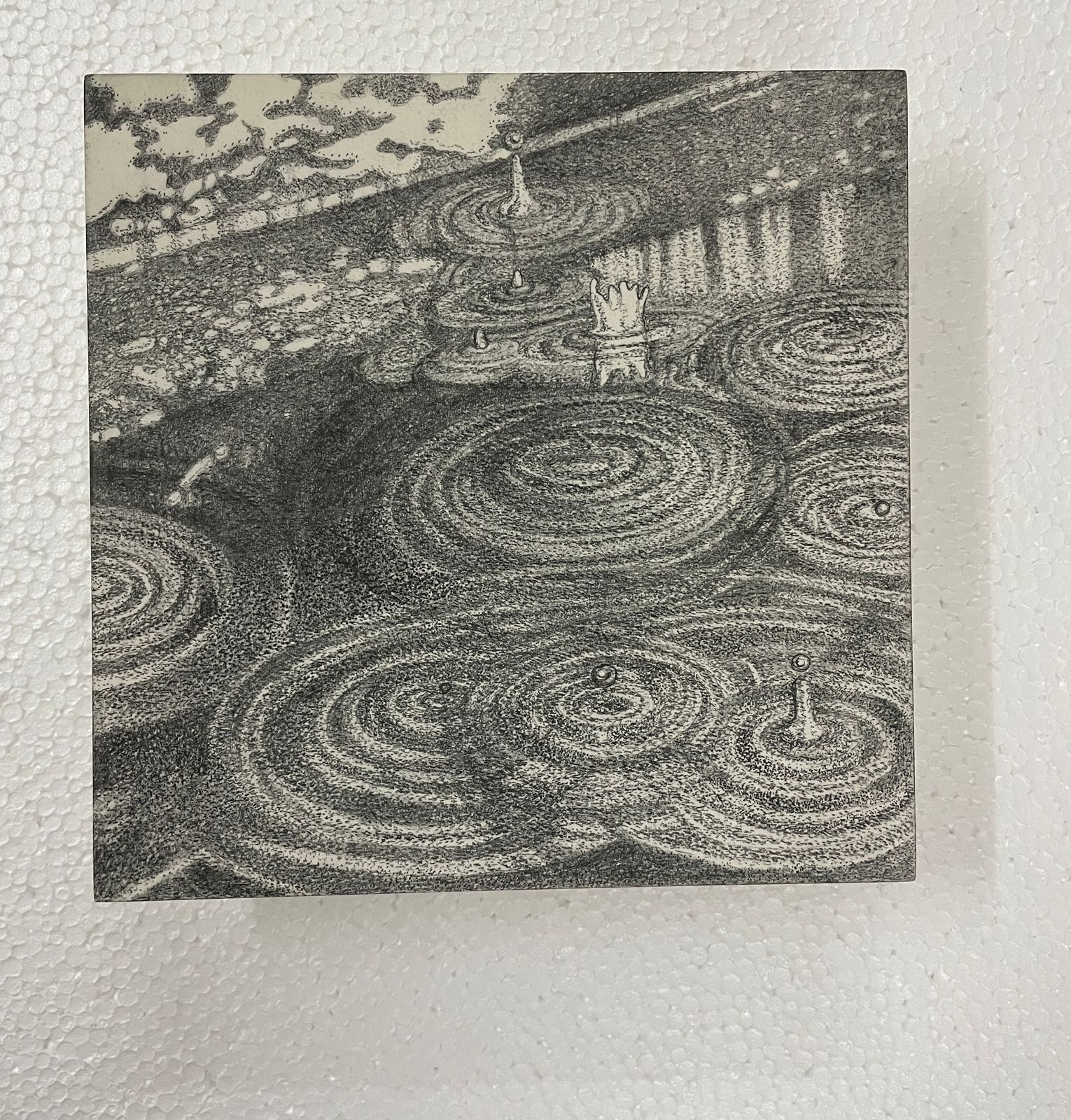 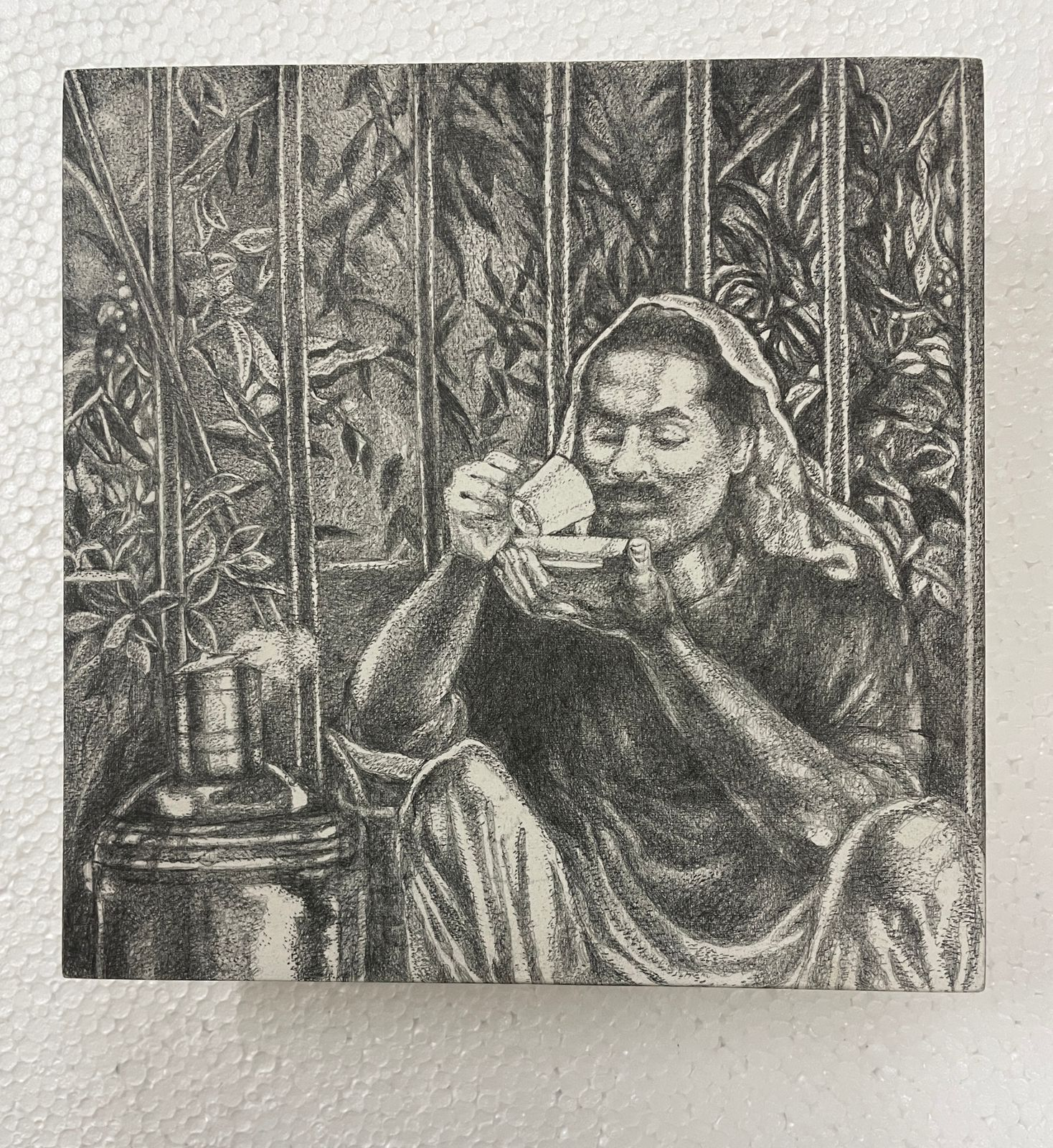 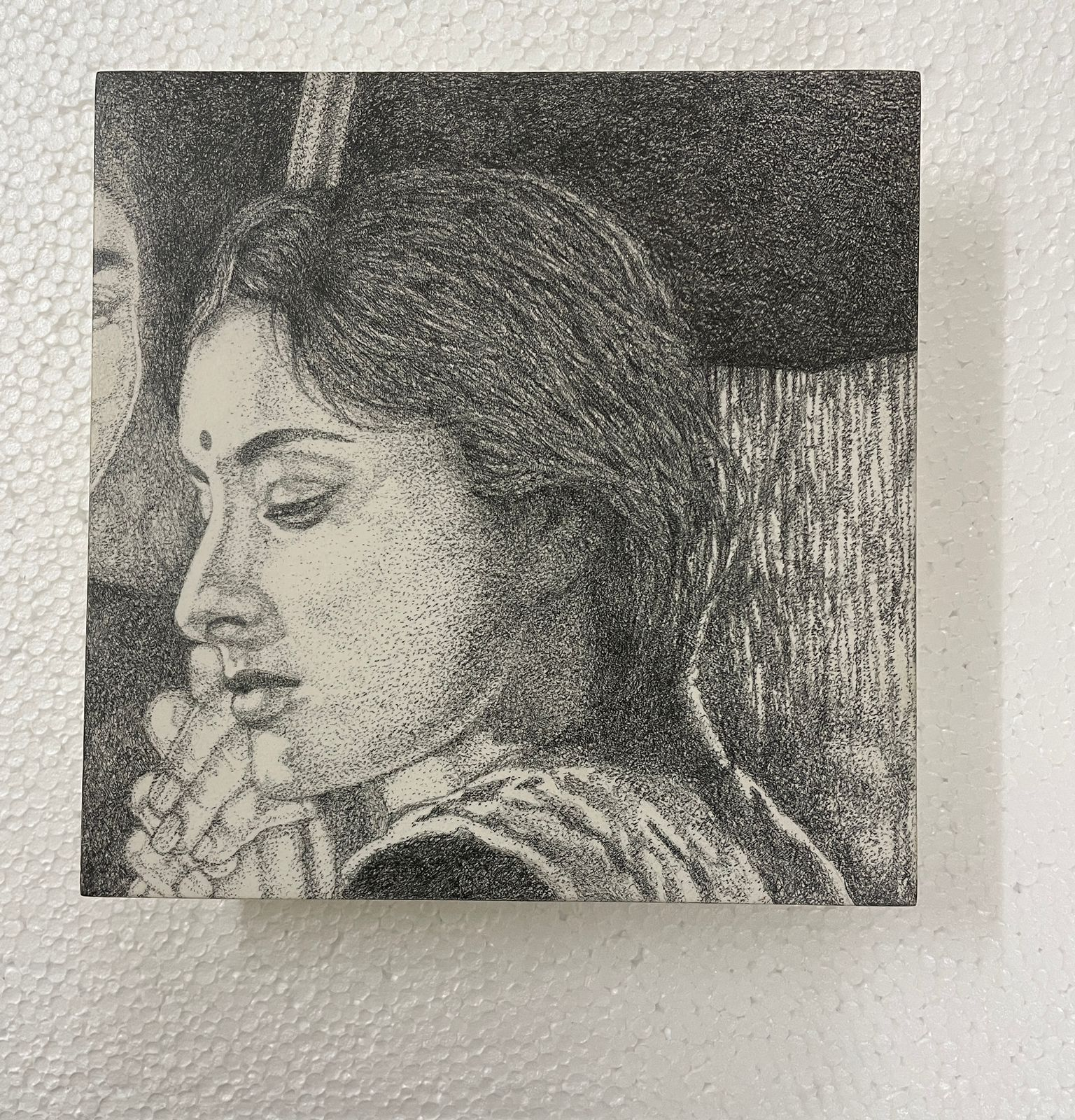 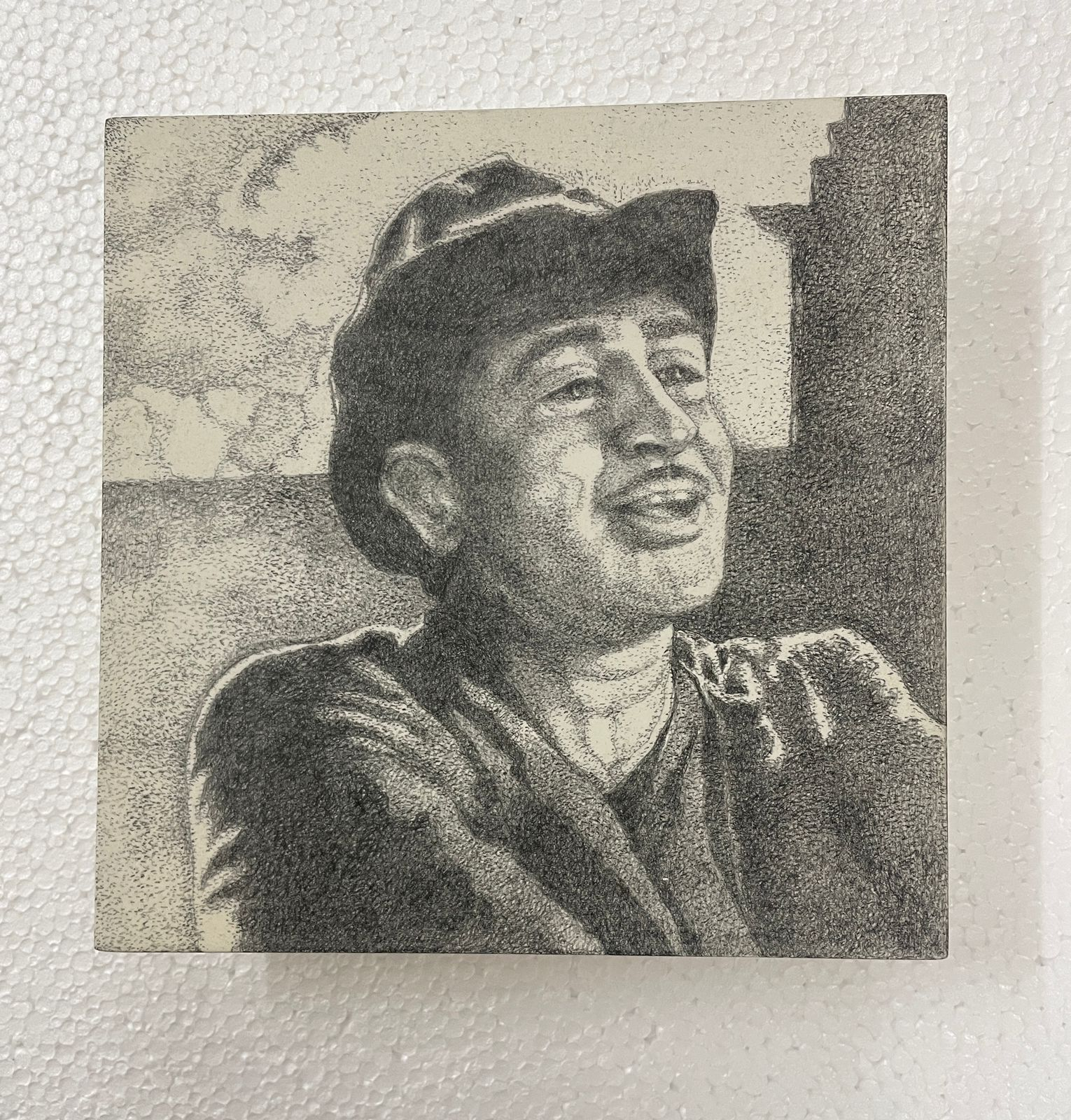 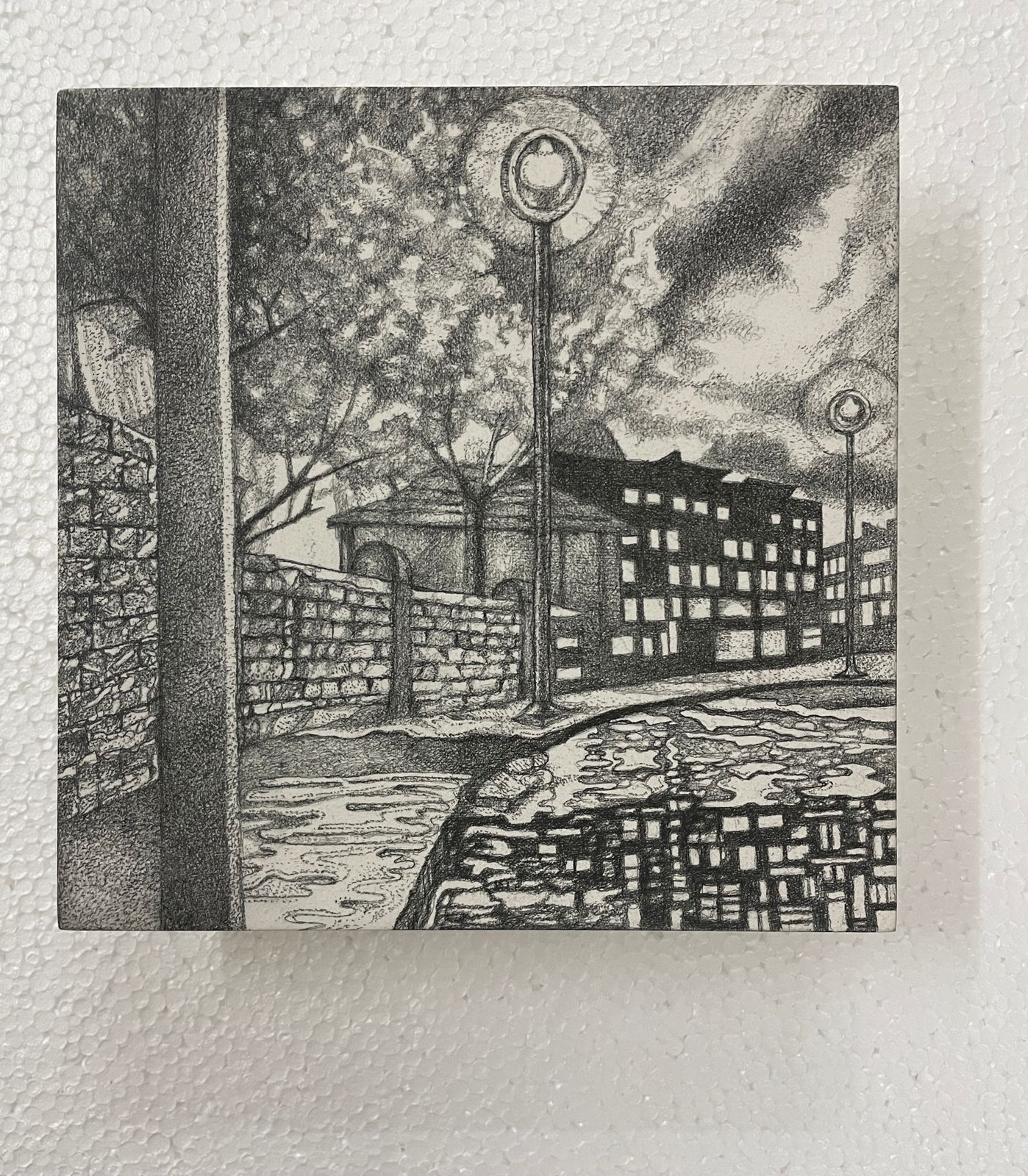 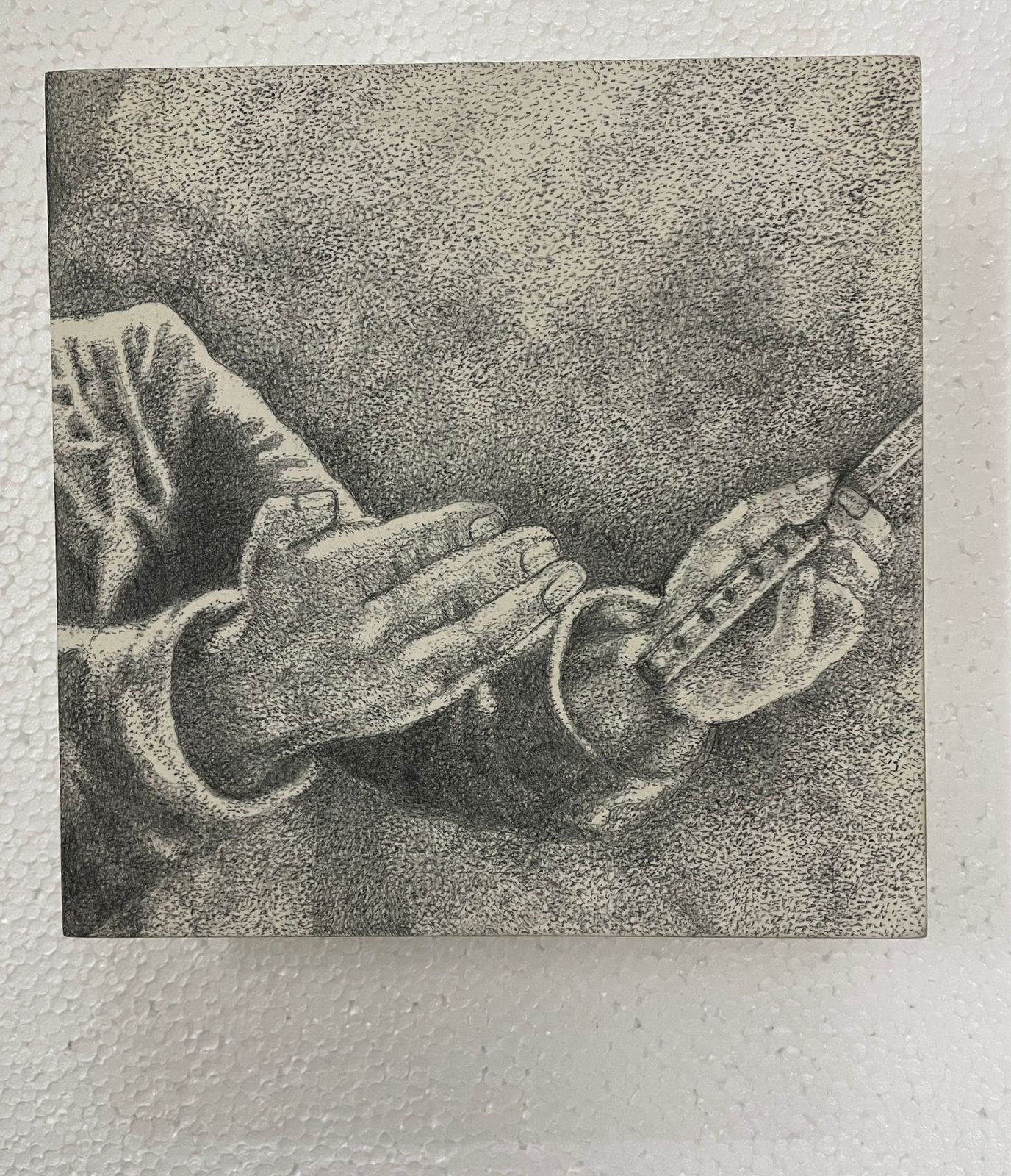 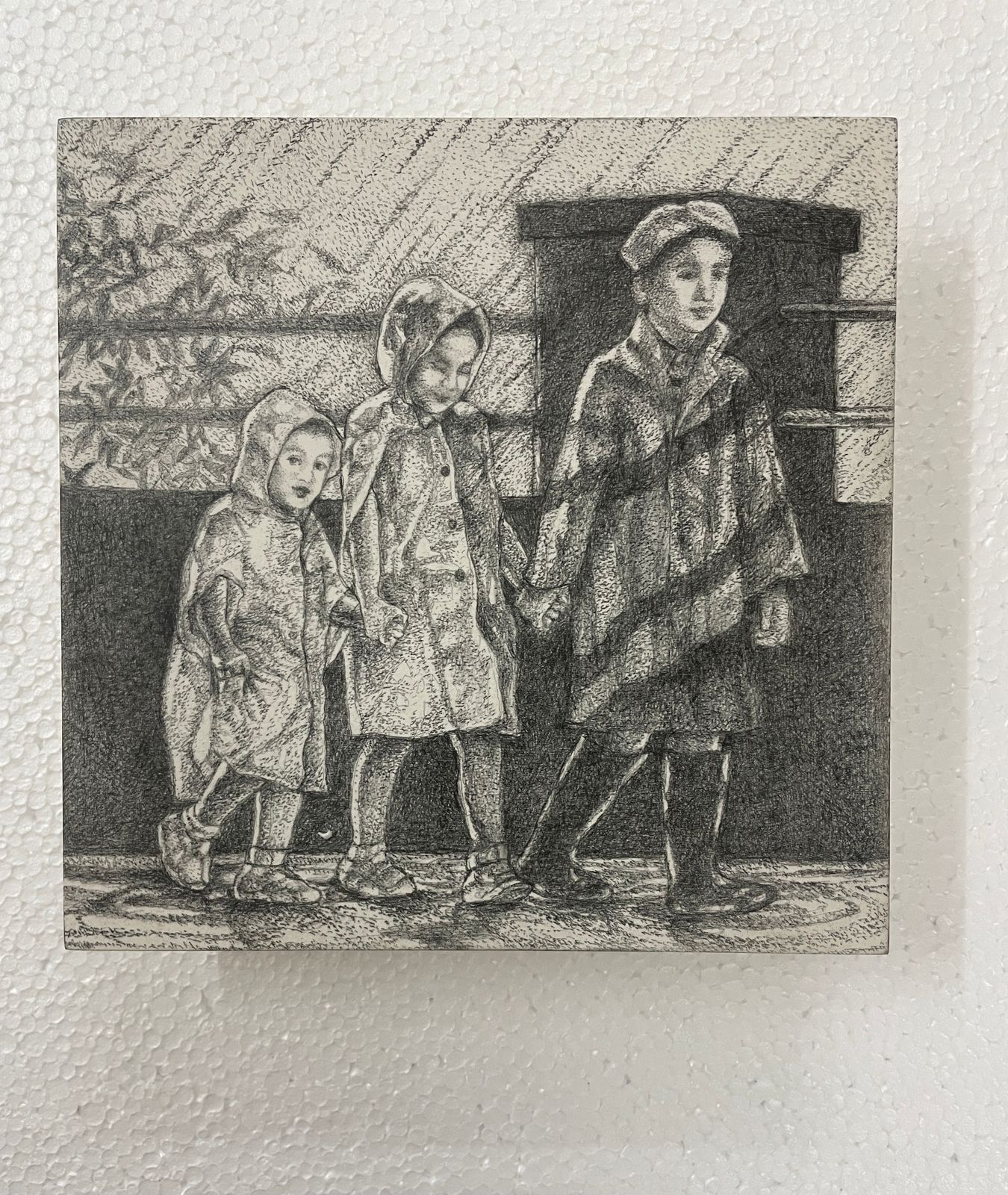 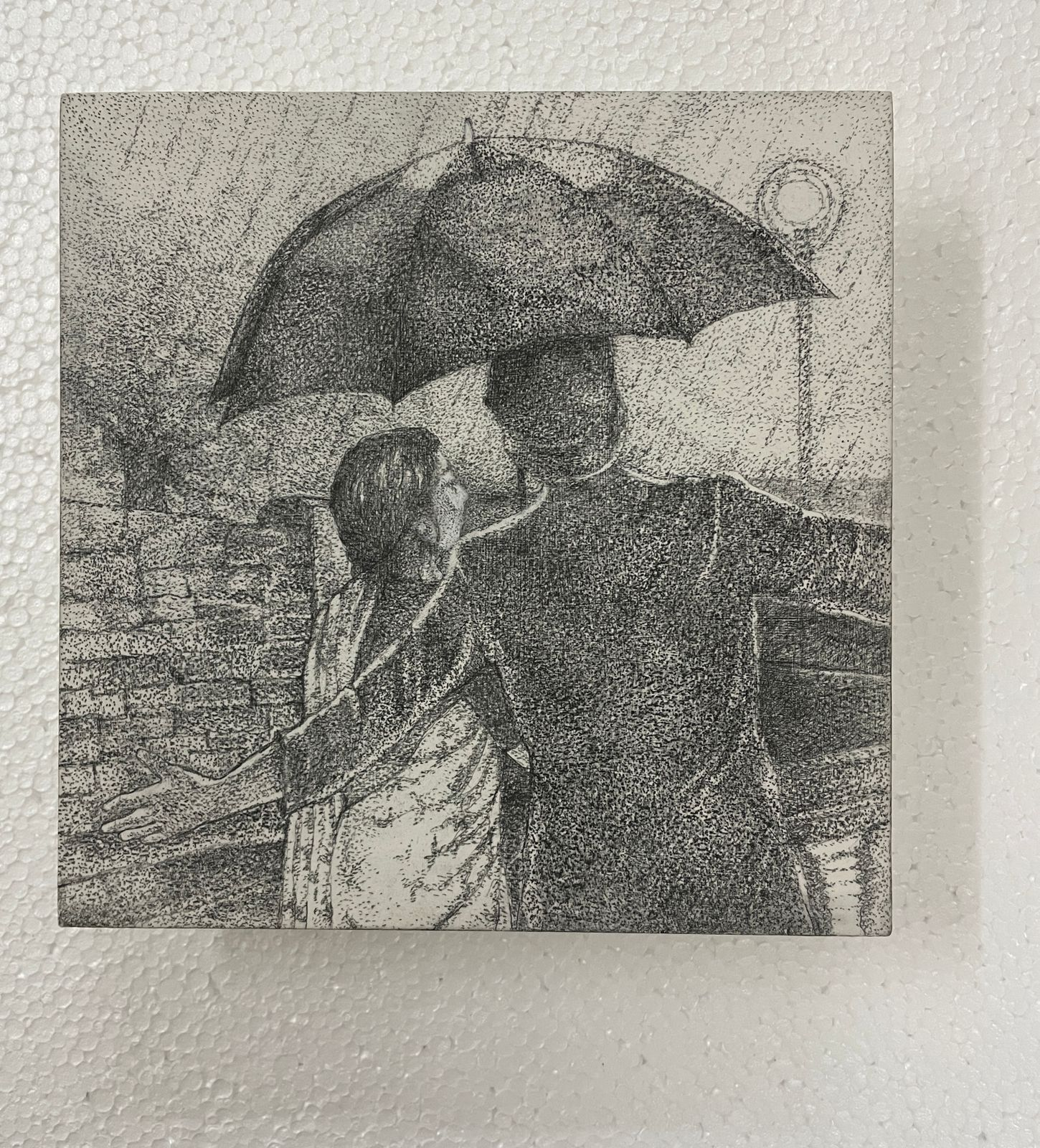